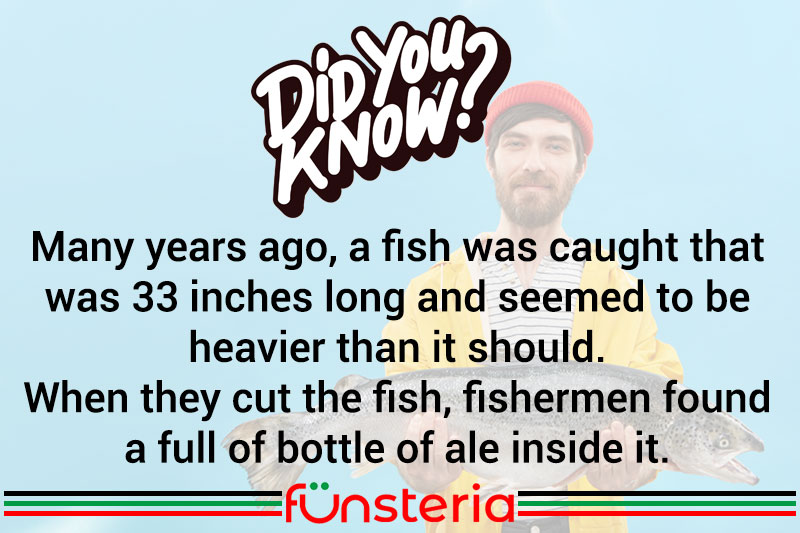 Fish have a fairly varied diet, ranging from insects to algae to other fish. But sometimes what’s found inside your catch of the day, is just downright strange.

A seasoned ocean angler once reeled in a 33 lb. bull dolphin that when cleaned, yielded a 5 lb. “chicken” dolphin, so freshly swallowed, that they filleted and cooked both of them. Another fisherman netted a redfish whose stomach yielded a dozen horseshoe crabs that were about an inch across. They’re still trying to figure out how to get them on a hook to use as bait.

Or how about the 33 inch fish caught in Lake St. Clair, that seemed heavier than it’s actual size? When the lucky angler went to gut it, he discovered a full, unopened bottle of beer, according to Beer magazine.

The most bizarre and grizzly discovery of all, has to be the head of a man, discovered in August 2000, in the stomach of a 97 lb. cod, caught somewhere off Queensland, Australia. Fish processing plant workers say the head that rolled onto the filleting table, was wholly intact, and thought to be that of a local fisherman who had fallen off a trawler.

At least those were real fish stories. But not as fishy as the shipments of yellow corvinas sent from China to Korea in 2002. They seemed a good weight. Almost too good. Metal detectors revealed industrial bolts in the stomachs of many of the fish. In one shipment alone, 60 bolts were found in 33 of 5,603 boxes of frozen fish.