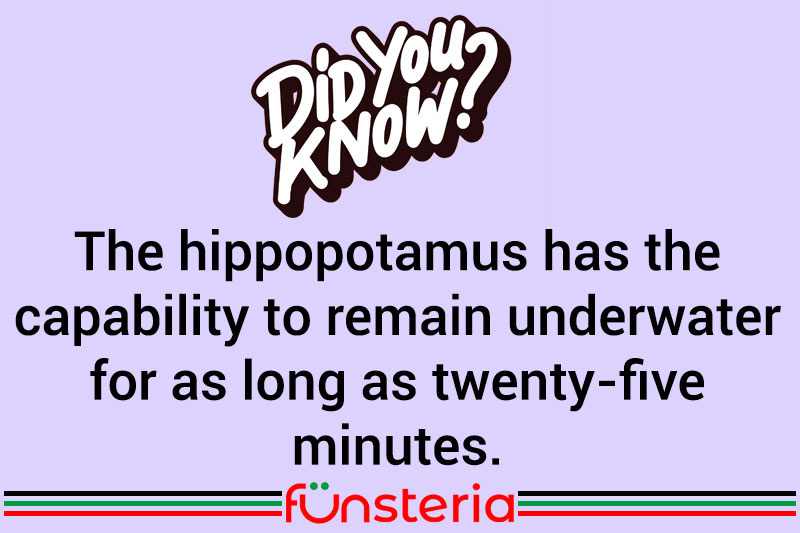 Hippos are big on a lot of things, like hanging out in the water, and well…just for their size. Because the hippopotamus, once thought to be a horse by surprised Romans, is estimated to be the second-largest land animal on Earth, although that is disputed by biologists who claim the white rhinoceros owns the honor.

In the size department, males can be twice the weight of females, having 7,000 pounds to waddle around the jungle, whereas a female is a delicate 3300 pounds. Being big animals, they have big appetites, taking in up to 100 pounds of vegetation during their nighttime forays that can take them as far as seven miles from their home pond.

The nature of the hippopotamus’ body is such that they remain standing in, if not mostly submerged in a pond during the day. This helps regulate their body temperature, while their skin secretes a pinkish ooze that covers exposed skin and acts as a sunscreen.

Hippos do totally submerge when the mood strikes them, and are actually capable of staying underwater for up to 15 minutes at a time. In fact, they start out life there, being birthed in the water and swimming to the surface for a first breath. After that, calves will nurse underwater while their mothers stand there and cool off.