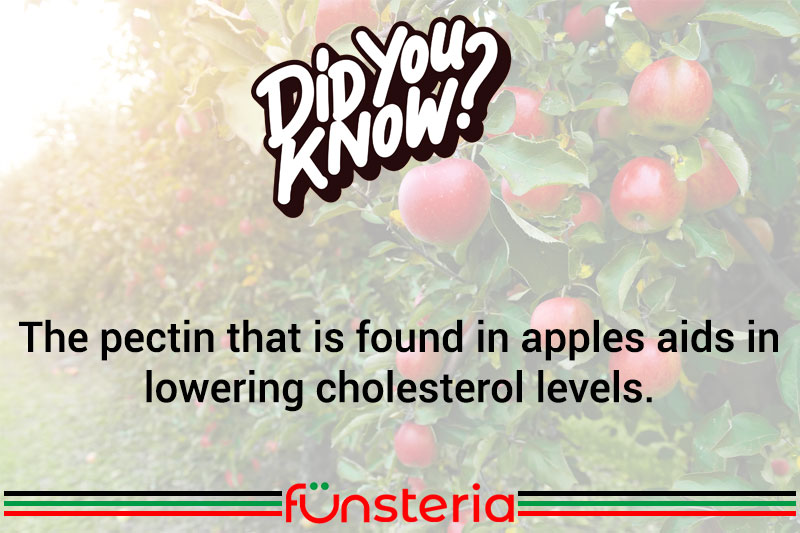 Apples have taken a bit of a bad rap, every since Adam and Eve. But in truth, they were around and being eaten, as much as 4,000 years ago in the Middle East, where it’s thought the fruit originated. While we may think that juice and cider are the inventions of modern ingenuity, fermented juice of apples and pears was a favorite tipple of the Romans, but even they can’t lay claim to inventing cider. That’s as old as the Bronze Age, and likely was an inadvertent result of storing apple juices too long.

Content wise, 4% of an apple is vitamins and minerals, including 8mg of vitamin C. There is some beta-carotene in the skin, as well as iron and potassium in the “meat” of the fruit. But 80% of that apple is moisture, which contains pectin, something that is touted as being able to lower cholesterol levels.

Eating apples has long been promoted as a tool of dental hygiene, but while they don’t actually “brush” the teeth as often said, the fact that the apple’s taste produces saliva, means the teeth are washed free of the bacteria that can cause cavities.

Not only are apples good for the work they do on behalf of our bodies, they provide some play time as well. In Ancient Greece, tossing an apple was one way to propose marriage. Catching it was acceptance. Historical records don’t note what happened when the girl dropped it or threw it back at the suitor.

Today, apples are popular for bobbing, usually as a game at Halloween parties. You’d think that a fruit that solid would sink in water, but apples float because by volume, they are 25% air.

And poor Adam…he’s said to have gotten a chunk of that Original Apple caught in his throat. Hence the term “Adams’s apple”.