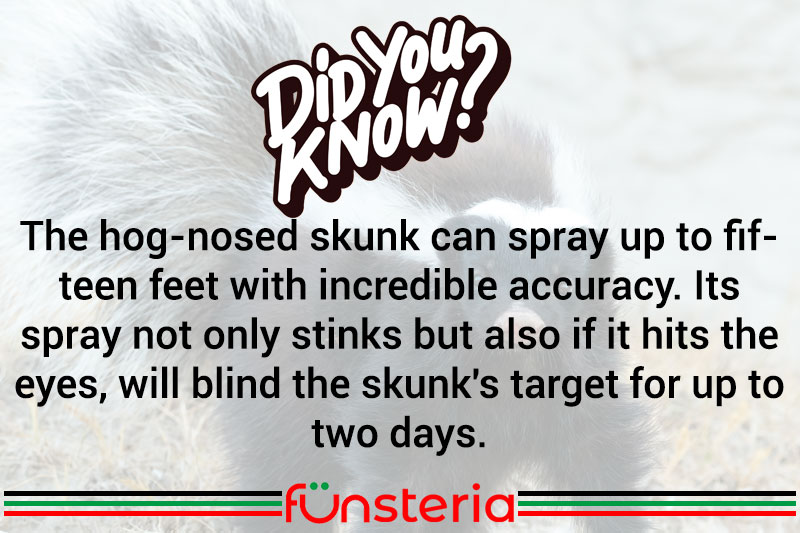 Pepe Le Pew is but a charming cartoon image of the real thing, which can be odorous beyond belief. We’re talking about the skunk, or more specifically the hog-nosed skunk, one of five sub-species of the stinking little creatures.

The richly furred animals, easily recognized by their basic black garb decorated with a broad white stripe down the back from one end to the other, usually cause smart people to turn tail and run before the skunk raises theirs.

In Nature, there are very few predators that threaten skunks, whose very appearance is thought by scientists to be a visible warning to other animals. And if that’s not enough, skunks will normally go through a ritual of stamping, hissing and tail-raising before letting go with a barrage of their secret weapon.

Even rattlesnakes are afraid of the odor and with good reason. They are part of the skunk’s diet, as are other reptiles, insects, small mammals and vegetation.