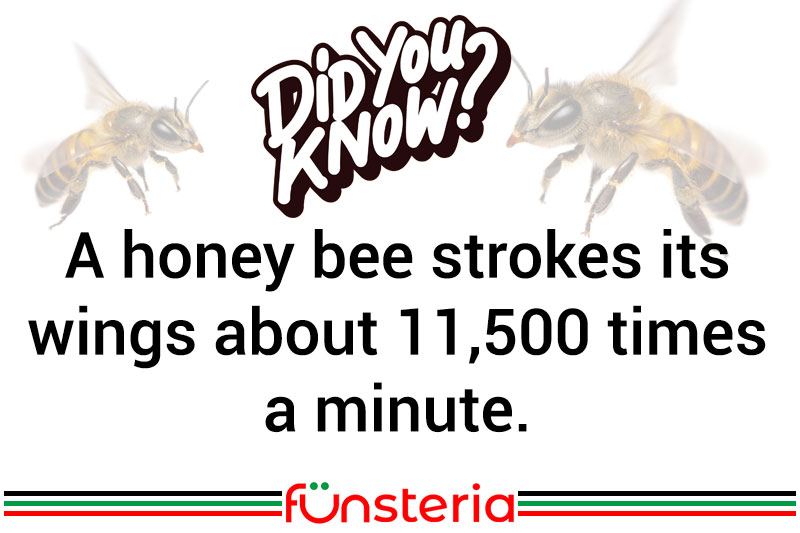 That rich, golden, syrup-like product of the tiny bee, is not an invention of pancake batter makers. It’s a natural “food” that goes back beyond recorded history in many cultures. Forty-two centuries ago, Ancient Egyptians used the fruit of the beehive as a natural sweetener, valuing it so highly, it was often used as a tribute to the gods, or as payment for goods. In fact, historians believe that honey-making bees have been around for about 150 million years.

And the bees are still going about it the same way, for the same reasons. When there are no flowers in bloom, food must be set aside, hence the honeycombs filled for winter consumption.

Pollen or nectar is harvested by the worker bees, who are sexually stunted females. They get to feed the queen and larvae, guard the hive, and fan inside when the temperature rises. They also secrete the substance that makes the honeycomb, a miraculous structure of hexagonal cells that are only 2/1000 of an inch thick, but which can support 25 times their weight.

Is it little wonder that the workers only live 28-35 days?

The drones’ sole purpose in life is to mate with the queen. That’s quite a feat considering there is only one queen, and she will mate in-flight only once, with as many as 18 drones, and the sperm from those matings will last her entire two-year life span.

No wonder many cultures adopted the expression “busy as a bee” to mean one who is in continual motion. The honey bee beats its wings 11,400 times per minute, causing the air around them to vibrate and create the humming sound you hear when they are nearby.