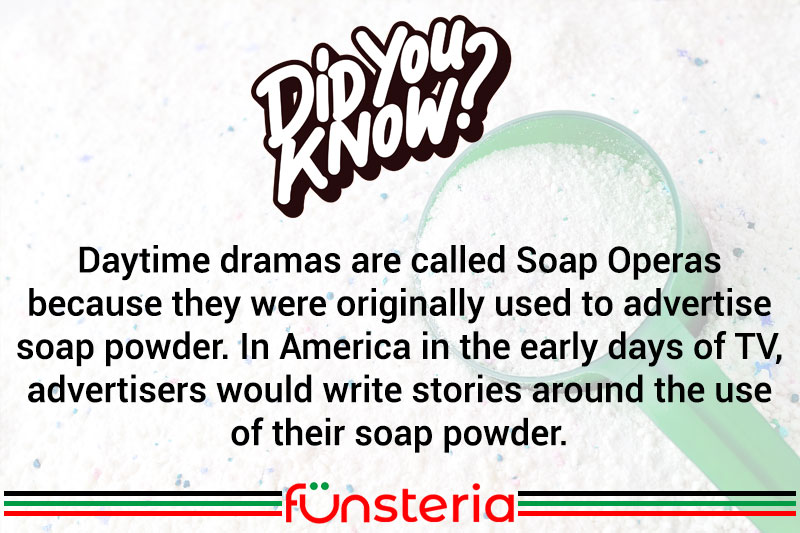 Soap operas appear to be a law unto themselves, when it comes to such things as love, loyalty, gestation of children, and abruptly terminating the lives and loves of their characters.

These unique, and highly addictive television programs have one feature that sets them apart from the weekly drama, or other, even semi-serious shows – their plots are ongoing, to the extent that one never knows when a storyline comes to an end, and another begins.

For the most part, soap operas broadcast in the afternoons, because in the beginning, they were meant to entertain the ordinary housewife, who would be home cooking and cleaning at that hour, hence the term “daytime soaps”, or “serials”. But in the 70s and 80s came a wave of evening shows with a little more glitz, and some glamorous names, but the same tried and true shenanigans on both sides of the bedroom door. These became known as “prime time soaps”.

But soap operas were not an invention of television. They actually began broadcasting over radio in the 1920s, and with the advent of television in the 1940s, carried on from there.

They became known as “soap” operas, because with a target audience of women working in the home, basics of homemaking/cleaning were big advertisers, and one of the biggest were laundry and personal soaps.

The melodramatic storylines haven’t changed much, but the audience demographics have, and now the commercial advertisements could be anything from hemorrhoid relief to “the little blue pill”.