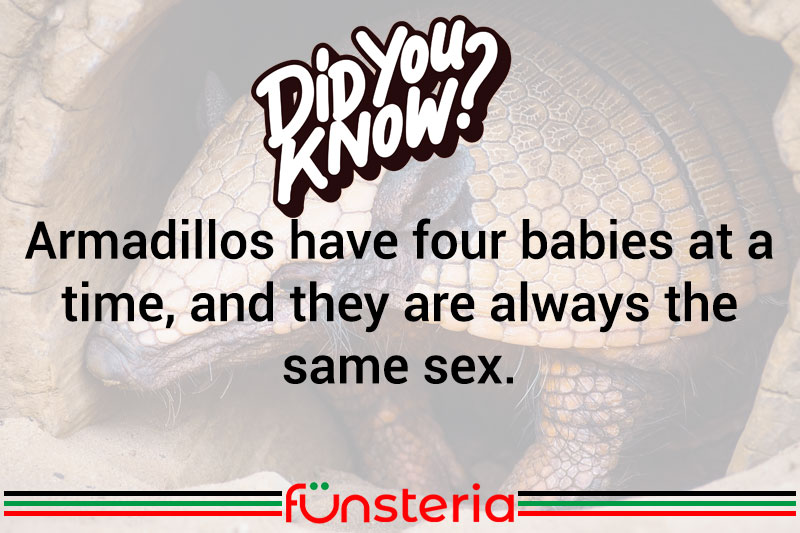 Armadillos are a fascinating creature because although the armor makes them look very much like some type of reptile, they are actually a mammal. The hard exterior armor is linked by bands of skin which allows their body enough flexibility that they can curl into a ball to protect their soft undersides. Besides being soft, there are bristle-like hairs on the belly where these warm-blooded creatures nurse their young from teats.

A native of the American continents, the armadillo can live well in any warm, moist climate, where there is plenty of loose soil to dig the grubs and insects it lives on. That’s also where they will dig their burrows, which may only measure 6-8 inches in width, but can extend to 20 ft. or more, with multiple entrances. There, they give birth to four babies in each litter, all of which will have the same sex.

Although they can be kept as pets in the right conditions, they’re not something that has ever become popular, and are even banned in the state of Maine. Texas adopted them as the state animal over great protest from residents. But they have been used frequently in medical research, primarily because of the identical nature of their litters, which provides consistency in testing, and partly because of such unusual things like being susceptible to the human leprosy virus.