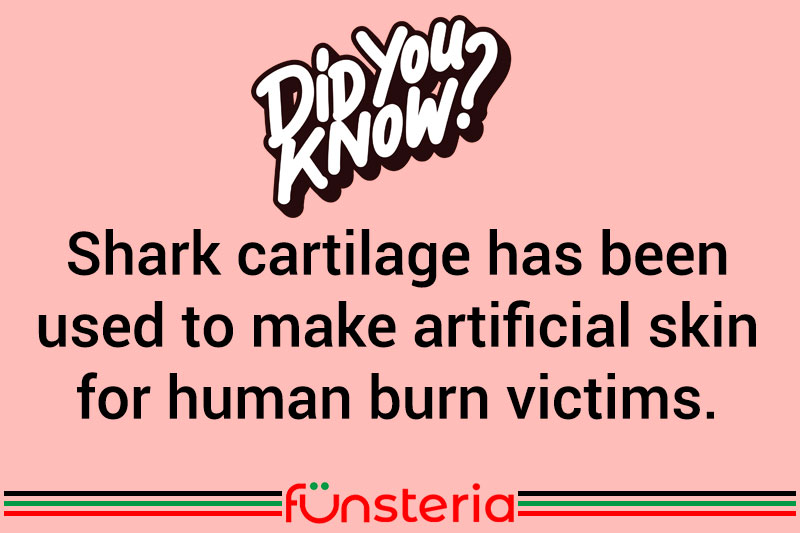 While it could be used to treat shark bites, the relatively new artificial “skark skin”, is meant primarily to deal with the devastating loss of skin suffered by burn victims. These are individuals who are so badly injured, that they are either too sick to withstand surgeries, or they do not have enough usable skin left, for auto grafts.

The treatment of choice at one time, as unbelievable as it sounds, was a temporary skin made from the cells of neonatal foreskin. It was an attempt to mimic nature that worked, but not as well as researchers felt it should. Their frustration stemmed from the fact that even those burn victims who had some usable skin, often needed repeat grafts, and where the “slices” of skin had to be cut larger than the area treated because it would shrink when sewn in place, there was never enough to go around.

Enter the sharks. And the cows. In the new artificial product, known popularly as shark skin, scientists have combined the same beneficial elements of shark cartilage that promote the healing of damaged joints, with the elasticity of collagen from the tendons of cows.

On top of the shark skin, is a second layer of silicone. When laid over a clean burn or hole in a person’s body (one where dead tissue has been cleared away), the top silicon layer will seal the hole preventing airborne bacteria from entering the wound. In the meantime, nature is allowed to take its course, rebuilding the cells and tissue of skin, while the inner layer of shark skin slowly dissolves. In 14-21 days, the shark skin is removed, and an auto graft is performed.