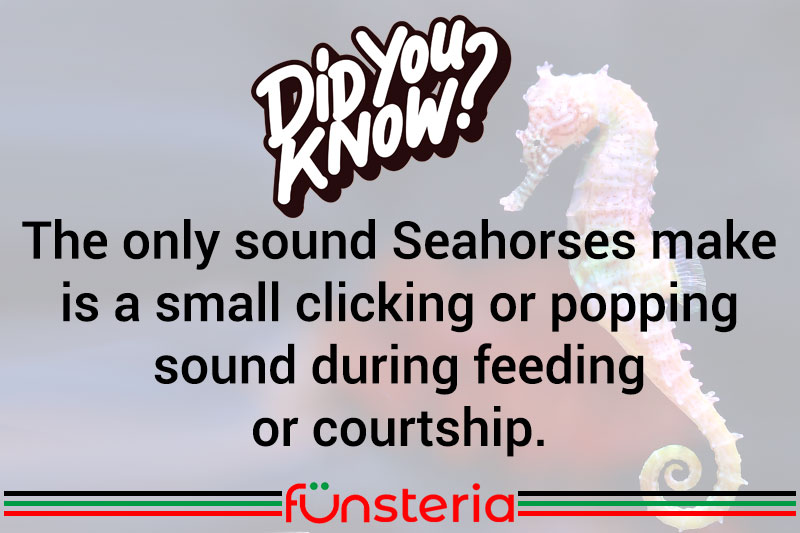 One of the more curious creatures to come out of the sea, is the charming little seahorse, often a source of amusement, for his Mr. Mom, activities.

The name is derived from the somewhat obvious similarities between the seahorse head, and the head of our four-footed equine species, but that’s where the comparison ends. For the seahorse is not a mammal, nor is it, as once thought, a crustacean, amphibian, or insect. It is actually a fish, complete with fins for swimming, gills for breathing, and a bladder that keeps them afloat.

The seahorse has a certain elegance of appearance, in an elongated “S” shape, with the narrow snout on the end of its head, balanced by a prehensile tail at the other end, that allows it to grab onto weeds and anchor themselves.

The snout, while it may look like long jaws, only opens at the end, where the mouth is. Normally no fish makes “noise”, unless you count the way air/water is taken in and out of their mouths. The seahorse is a contradiction, because it does make clicks and “pops”, but not with its mouth or any appendage. The sounds, which are more distinct when they are courting or mating, are made by two parts of the skull, rubbing together. Scientists are unsure whether this is a form of communication, or an action triggered by a particular situation or mating season

Seahorses are the original “stay at home dads”. Because once the female expels her eggs, the male takes them into a pouch on his stomach, where the embryos are nurtured and given “birth” to by the male, when they are mature enough.