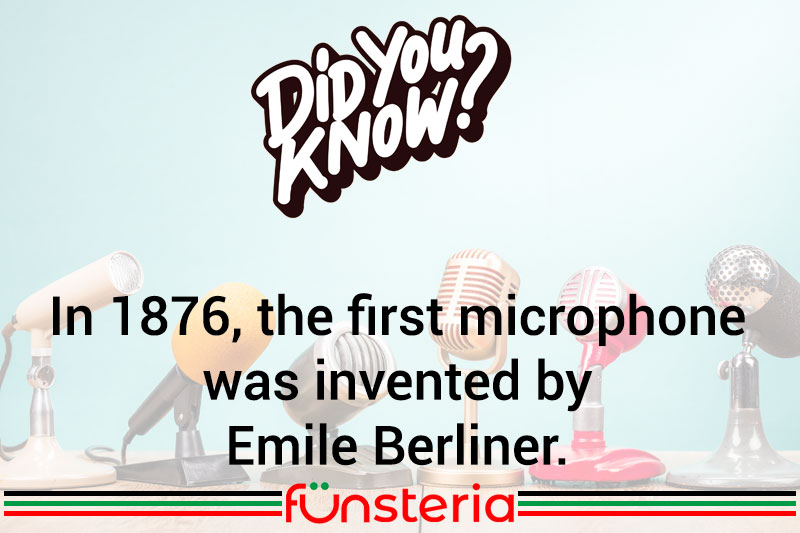 Most people tend to think of Thomas Edison as the inventor of the 20th-century wonder, the record player. And while his tinfoil phonograph may have been the inspiration, it was of very limited use, playing cylinders of music that were only good for one use.

Enter German immigrant Emile Berliner. While working with Alexander Graham Bell in 1877, Berliner perfected the first gramophones, which were able to play their cylinders multiple times, making them cheaper, and more practical. It was perfect timing since Eldridge Johnson was about to unveil his spring-driven “motor” for the gramophone, which meant it would keep playing on its own, without continuous cranking. Berliner’s next move was to create a better way of recording and playing music, then copying it. His answer? The disc…or what we once knew as a “record”.

Not only did he figure out how to make one record, but he was also able to create a master record, from which endless copies could be made. The next step was to sell it to the public, and who better to appeal to the masses, than the first artists he signed up: Enrico Caruso and Dame Nellie Melba.

Berliner’s new company chose for its logo, Francis Barraud’s painting “His Master’s Voice”, depicting a small white and black dog, with his head tilted, listening for …his master’s voice.

Master records and gramophones continued to be produced from Berliner’s Washington D.C. laboratory, which was two blocks from the White House, until 1997 when the lab burned to the ground. But the music played on. Berliner set up business again, and became the Victor Talking Machine Company, which gave birth to the term “Victrola”, for a turntable-style record player.