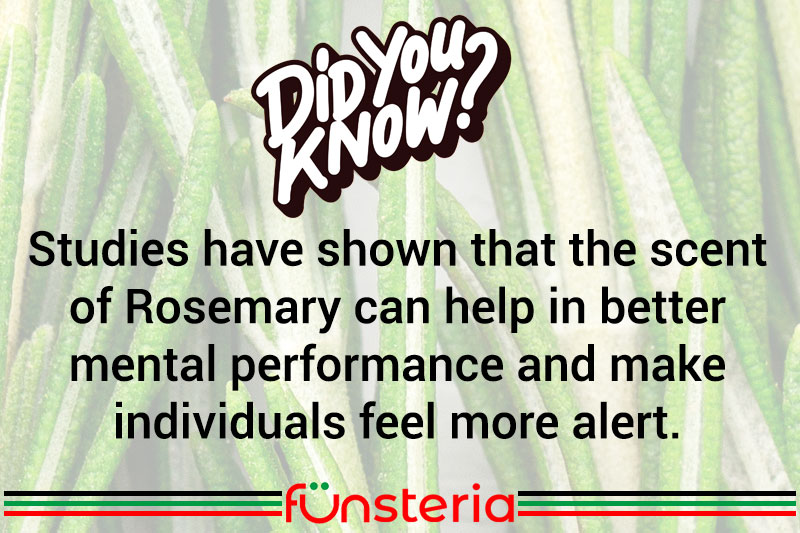 Romantic as it may seem, the herb we know as Rosemary wasn’t named for some long-forgotten love. It comes from the Latin “rosmarinus”, which is literally interpreted as “dew of the sea”.

A woody herb, it grows in the harsher Mediterranean climate, surviving in high temperatures with little water. As a member of the mint family, it grows well and heartily, sometimes reaching heights of 4-5 feet, and is so dense in branches and leaves, that the plants have been used as topiary forms and are clipped into shapes.

Prized for its colorful blossoms and pleasing scent, the rosemary plant has been used for medicinal purposes almost as long as records exist for such things. Although popular to treat rheumatism, headaches, epilepsy and poor circulation, its chief claim to fame was as a stimulant, something that has been reconfirmed in modern studies.

A study conducted in the UK, using 144 volunteers, placed them in cubicles to work, with either a scent-free environment, the scent of rosemary, or the scent of lavender. Those in the rosemary cubicles performed better, and reported feeling more alert and capable of working. Those in a scent-free environment ranked second, and the lavender-scented cubicle occupants came in last, re-confirming not only rosemary’s reputation, but lavender’s for its sedative effects.