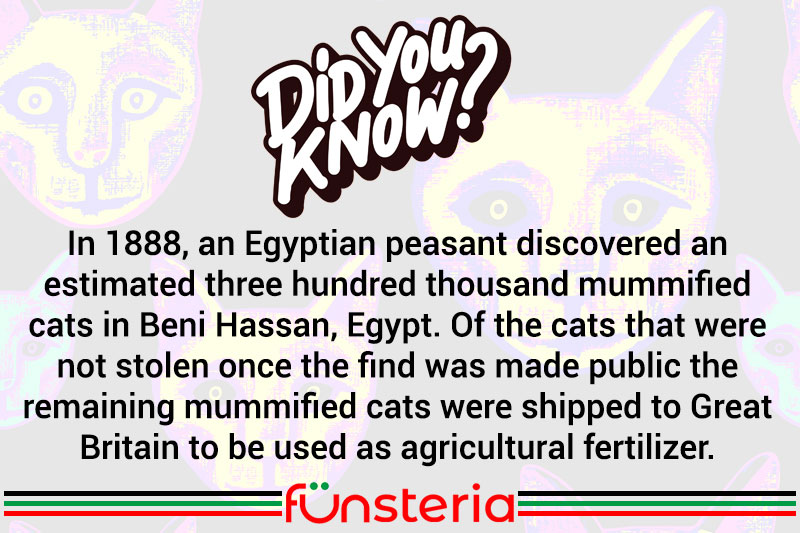 Anyone familiar with the more unusual facets of Egyptian life, know that the Ancient people worshipped cats. They just don’t know why.

In the beginning, it likely had to do with their practical value. The Egyptians were careful agriculturalists, and with their crops and harvest, appreciated the cats’ abilities to keep down the vermin population. At that period in time, prior to 3100B.C., there were two species of cats, commonly referred to as the jungle cat, and the African wildcat. While the African cat was the more amenable, eventually the two species would interbreed and become domesticated, likely through frequent and non-threatening contact with humans. As their natures changed, so did their physical appearance, taking on a body and head shape similar to the Egyptian Mau of today.

Gradually, the cats came to be revered as deities, since Egyptian gods were often represented in physical form. Originally, the cat god Bast, or Bastet, had the head of a lion, but over time the shape of her form changed to something more closely resembling the domestic cat.

So treasured were the creatures, that on the death of a household pet, whole families would shave their eyebrows in mourning. It was the death penalty for anyone who killed a cat, even by accident. And when they died, cats were extended the same courtesies for the afterlife as humans. They were mummified.

In 1888, an Egyptian farmer tilling in a field around Beni Hassan, discovered a gravesite that contained thousands of mummified cats. They were reportedly shipped back to Liverpool, England and sold for fertilizer at four pounds sterling per ton. There were 19 tons of them.