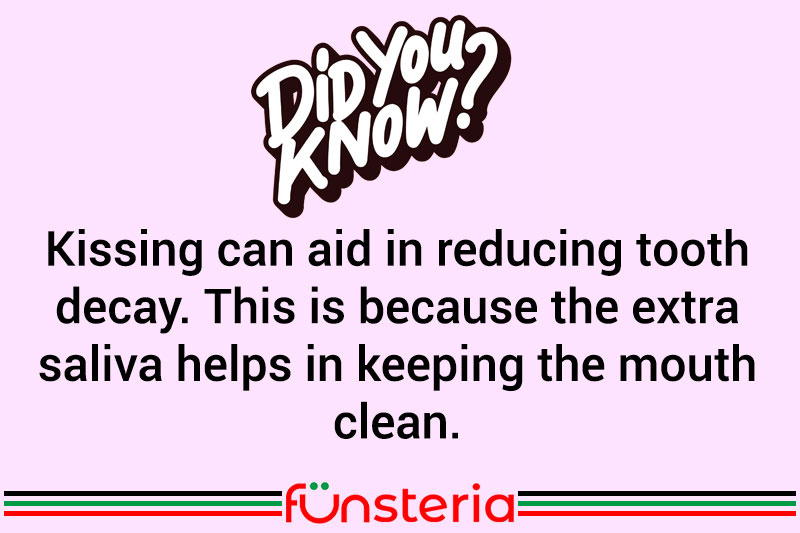 It’s a wonder that there are so many dentists still in business, and such a plethora of denture makers, considering the health benefits of kissing. According to people who have nothing better to do than calculate such trivia, the average person will spend more than 230 hours of their life, kissing. Given that kissing induces increased saliva production, it’s also held that kissing promotes dental health because it rinses bacteria from the mouth.

In which case, there are an awful lot of healthy people around the world. In 2004, a Valentine’s Day lip-locking marathon involving 5,122 couples set a new record for sheer numbers. They weren’t quite as busy as Alfred Wolfram, who in 1990 in New Brighton, England kissed 8,001 people all by himself, over 18 hours.

It’s good for mental health as well, since kissing has also been proven to produce the same chemical reaction as a good exercise workout. The flood of endorphins, known as the “feel good” neurotransmitters, causes a high that keeps the lips glued together while heart rates and breathing are elevated.

Of course, it can be carried to extremes. In 2004, an Italian couple set a new record of 31 hours and 18 minutes for a single, unbroken kiss. But the man had to be given oxygen, afterwards.