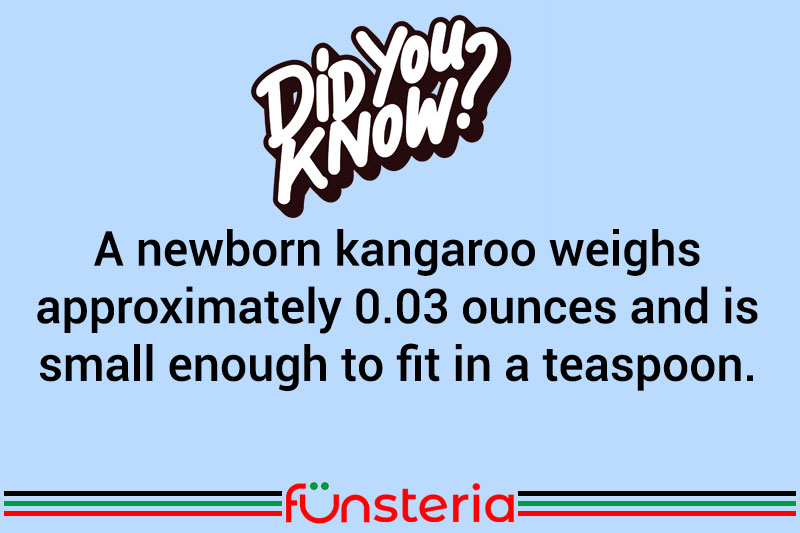 Kangaroos occupy their own little pocket in the animal world, being the largest living marsupial, and also members of an order that is typified by big feet. There are three varieties of kangaroos: the red, the Eastern Grey, and the Western Grey, all native to the continent of Australia. The male red kangaroo is the largest, sometimes growing to six feet in height. Kangaroos with feet less than ten inches long, are commonly referred to as wallabys.

All kangaroos are possessed of short forelegs with clawed paws that are used for handling their food, and very long back feet at the end of powerful hind legs which are used for hopping/jumping, the kangaroo’s only method of locomotion. When moving from one place to another, their gait is usually about 15mph, but when fleeing from a threat, can reach speeds of 45mph.

Their most interesting feature is the pouch on the female’s belly. After a very short pregnancy, around 35 days, the partially developed fetus is birthed, and uses its front feet to crawl into the pouch, where it remains for up to ten months. It latches onto a teat, which swells in response, effectively jamming the baby’s mouth so that it can’t let go. At about a month they develop the muscle structure to open their mouth and remove it from the teat.

It is thought that this early birthing and subsequent development in the pouch, is what allows kangaroos to be pregnant most of the time. For a female can carry a new fetus while the last one is still in the pouch. And while she can also arrest the new baby’s development until the older offspring has left the pouch, her body is also capable of producing two different types of milk to satisfy the older “joey”, and the newborn.