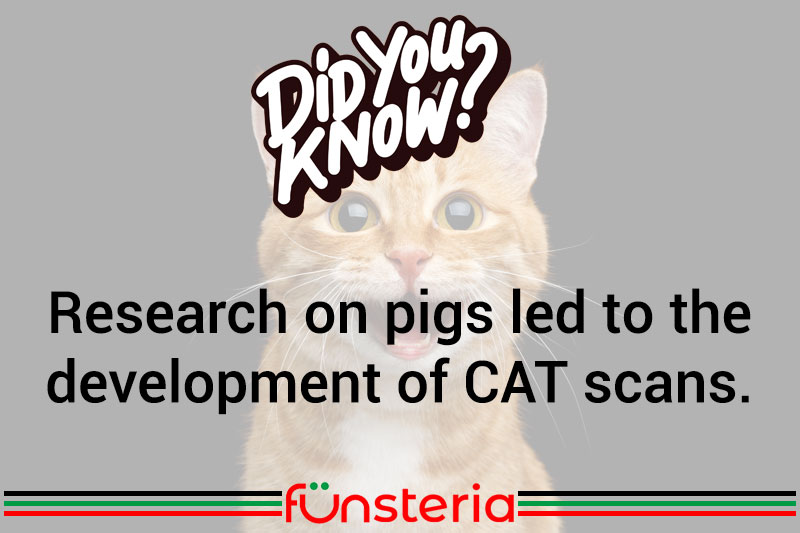 Yes, the ignoble little swine is good for something besides sausages and a nice chop at suppertime. For pigs have been responsible for everything from common expressions to medical technology.

Some of our favorite expressions, like “bringing home the bacon” go back to medieval England, when meat for the poor was in short supply. As a consequence, when a family could trade goods for a ham or haunch, they brought it home and hung it from the rafters of the kitchen where all could see that they were rich enough to bring home the bacon. If it happened to be a whole side, the good slices were off the rear end, which was hung the highest, and so they would be eating “high off the hog”. And of course, when neighbors or friends came to visit, the haunch was sliced for feeding the company, and being thickly layered in fat, everyone would then be sitting around, “chewing the fat”

In more modern times, pigs contributed indirectly to the U.S. government acquiring the moniker of Uncle Sam. A pork supplier named Uncle Sam Wilson had packed up hundreds of barrels of the stuff for troops fighting in the war of 1812. He stamped them with his company initials “U.S.”, which was commonly known to be “Uncle Sam”, and so the two became inextricably intertwined.

But it would be some 160 years later, that pigs would make their greatest contributions to medical science. Not only are their pancreas a source of insulin for diabetics, but their heart valves can be substituted for human valves, their skin can be used to protect burn victims, and in 1972, dead pigs were used for the initial testing of the new CAT scan system that would allow doctors to make 3D images of the human body.