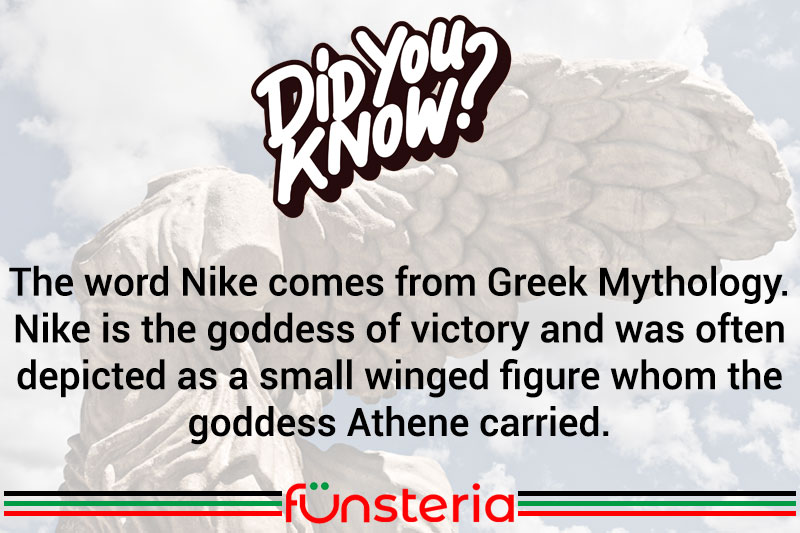 Today, those who are fleet of foot, may very well be wearing Nike (pronounced Nigh-key) shoes on their feet. But they should be wearing Nee-kehs, for that is the original pronunciation of the Greek goddess’ name.

Nike, a winged figure, was used to represent triumph and victory, and is often depicted in artworks as the bringer of things like urns, jugs of wine, etc. She and her siblings are also portrayed as friends of Zeus, although the classic flying goddess appears in major works of other gods, as a companion figure.

Nike’s chief claim to fame was the speed at which she could fly or run. This served as the inspiration for the modern day company’s logo, taking a stylized wing that also conveyed a sense of motion and swiftness.

However, ancient worshippers frequently paid tribute to her as being associated with Athena, particularly for her role in the Battle of Marathon. It is thought that the famous statue of Athena at the Parthenon in Greece, originally showed Nike standing in the palm of Athena’s hand.

Jeff Johnson, who was one of the first people to go to work for the fledgling shoe company, dreamed of the goddess presiding over athletic events of old, and from that dream came one of the best-known names in athletic shoes today.