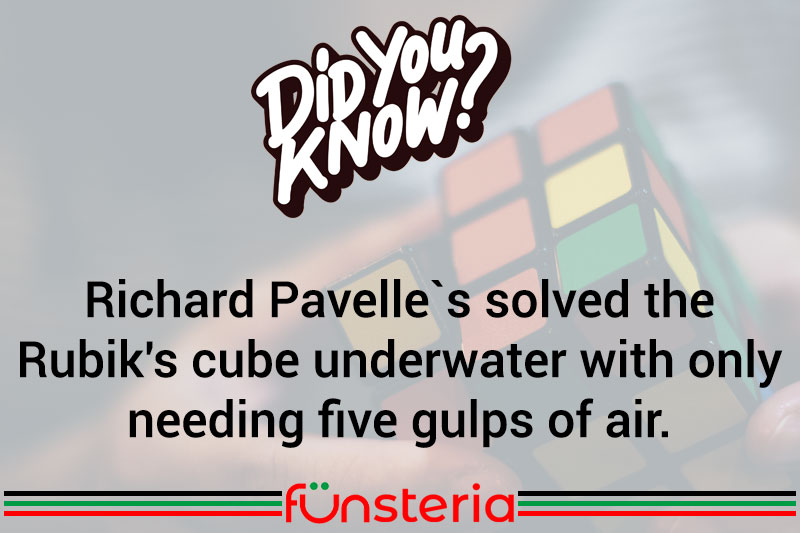 It was the toy of the common man, looking to prove their prowess at solving the unsolvable, it was the Rubik’s cube. Over 100 million of them were sold in 1980-1982 alone, and it was estimated that one in every three homes in the Western world, had at least one cube.

The beginning of the craze brought out some of the best and strangest traits in people. Seven-year old Lars-Erik Anderson of Norway, was one of the youngest ever to solve it. And 12-year old Patrick Bossert was such a whiz, that he wrote a bestseller detailing how to solve the frustrating combination of twists and turns.

But the “rot” had already set in as well. A Cubaholics Anonymous was started in 1980, as the game proved to be almost as addictive as drugs. One German woman filed suit for divorce in 1981, citing her husband’s cube as the respondent who had alienated his affections.

Naturally, a world championship was spawned, and in 1982, the winner matched up his cube’s facets in 22.95 seconds, a record that today stands at 16.5 for the original size cube. There are also additional categories now for different sized cubes.

So fanatical were some fans, they would go to any end to solve the puzzle. When Richard Pavelle’s fell into a swimming pool, he dove in after it and solved the puzzle while only coming up for five gulps of air.