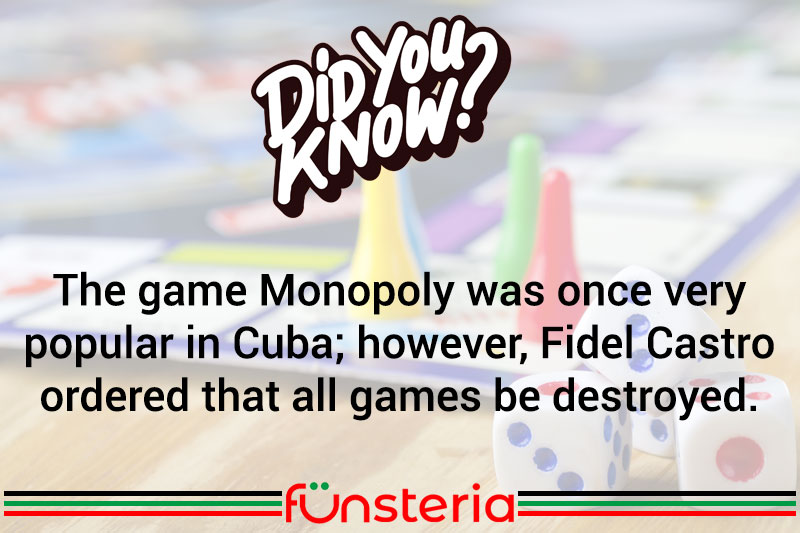 Sure it’s fun, and you get to take all your friends’ properties, but does Monopoly have any deeper purposes? Yes. Well, it did originally. Monopoly in various forms was played as early as 1904, when a supporter of a political economist, introduced something she called the “Landlord’s Game”, to help people understand how landlords get rich and tenants get poorer. While patented, it was not picked up by a manufacturer, until 1910.

Over the years, a few things changed, including dropping a second round that involved land tax. For a time it was called “Auction Monopoly”, and according to where it was played, the streets were renamed for local properties. By the late 1920s, it was pretty much the game we know today.

A domestic heater salesman who lost his job in the great depression, would enlist his wife and son to help him revamp a version of the game that was played around Philadelphia. The original “board” was drawn on oilcloth, while his wife and son turned out the cards for Community Chest, etc. The salesman, Charles Darrow, then took it to the Parker Bros. Game Company, promoting it as his own invention. It caught on, and when it did, Darrow had a printing company create a playing surface of cardboard. Knowing a good thing when they saw it, Parker Bros. bought out the original patent.

Today, Monopoly is enjoyed in its original version, plus special editions like Star Trek, in 26 languages, including Croation. But it’s not enjoyed in Cuba. When Castro came to power, he ordered all games destroyed, possibly because of its capitalistic image.

In one of those strange twists of fate, late in 2004, Castro had all U.S. money removed from circulation and replaced with what her termed “the convertible peso”. It has the equivalent of one dollar, but is no good outside of Cuba. To the natives, it’s known as Monopoly money.