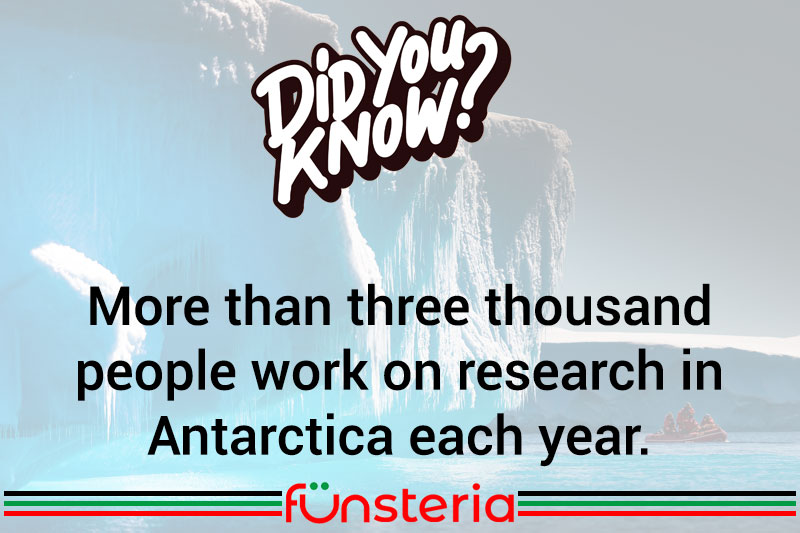 Not that it’s totally inhospitable, but there isn’t a lot waiting for you in Antarctica except the ice and cold, and some more or less friendly penguins.

Due to the severe conditions, which limit even flying in supplies, nobody actually lives in the Antarctic, although there is manic activity at the three scientific research bases, during the southern hemisphere summer of October to March.

If you totaled even the shipwrecks over the centuries, fewer than 100,000 people have put a foot on the Antartic ice. Last year accounted for a whopping 3,000 visitors to the science labs, and two research vessels, where people tend to work inside the climate controlled quarters. Only some 10% of researchers venture into the harsh climate, even in summer.

The Antarctic is historically a harsh place altogether. On Petermann Island, there isn’t much except a cairn to those lost in an 1873 expedition, and another to three scientists lost in a 1982 crossing of the island.

Deception Island, which has an inner bay hidden by land projections that encircle it like arms shaping an “O”, was for a time in the early 20th century, a busy hub of the whaling industry, because the carcasses could be caught and cleaned onboard ship, but not boiled down and stored from there. When all-in-one whaling vessels came along, the seasonal stations decayed, and even the cemetery with its 45 graves was buried in the 1969 eruption of a still active volcano.