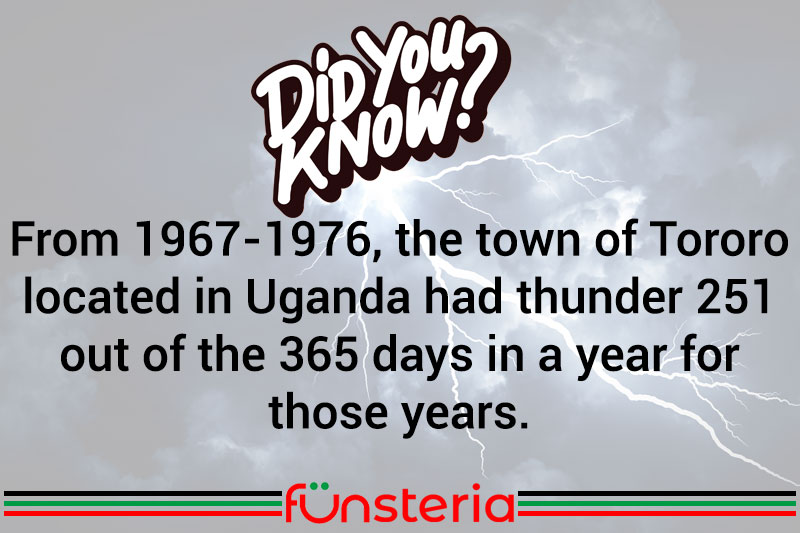 How many people do you know, that literally jump out of their skins at the “clap” of thunder? Is it the sudden noise, or the volume of sound? Or the idea of the storm that follows?

Thunder is one of nature’s loudest and most nerve-shattering noises. It occurs following lightning, which may or may not be seen as a flash of light, or a bolt. The air around the lightning is superheated to approximately five times that of the Sun, causing it to expand faster than the speed of sound, then compressing the air to make the boom that you hear.

At times, you see lightning without thunder. Or see something often referred to as “heat lightning”. Both of these phenomenon are due to your distance from the actual weather disturbance. And considering that at any given moment, there are about 2,000 storms taking place around the world, chances are pretty good of observing or hearing one, without the other. One of the favorite activities of kids, is to figure out how far away a thunderstorm is. This can be done by counting seconds between the flash of lightning and the sound of thunder. For every five seconds counted, the storm is about one mile away.

Unless you lived in the town of Tororo, Uganda. In a strange quirk of Nature, the town suffered an average 251 days of thunder a year, from 1967-1976, the highest incidence ever recorded.