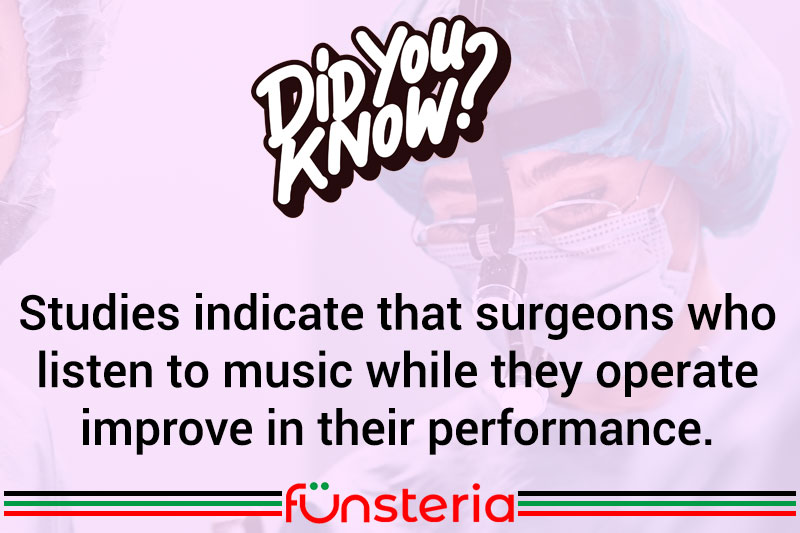 Studies have proven that music “soothes the savage beast” and can even provide positive benefits to the unborn child. But will whistling a merry tune as they slice away, reduce stress for surgeons holding your gall bladder, and possibly your life, in their hands?

The answer is a “resounding” yes! A 1994 study published in the American Journal of Medicine, confirmed what doctors themselves had known for some time- that music aids the concentration and mood, whether it is a short, or long, involved surgery.

Fifty male surgeons participated in the original study, where they were randomly assigned either no music, Pachelbel’s Canon, or their own choice of music. Highest performance ratings, as noted by cardiovascular reactions, were given to those surgeons allowed their own choice of music. Pachelbel’s Canon, a soothing, classical composition rated second, and no music came last.

Surgeons now say that at least one in three surgeons bring their own, or their patient’s choice of music into the operating room. Most cite music’s ability to filter out background noise, and set the tone/pace for certain procedures, as the reason they prefer the strains of a Stradivarius, to the sounds of silence.