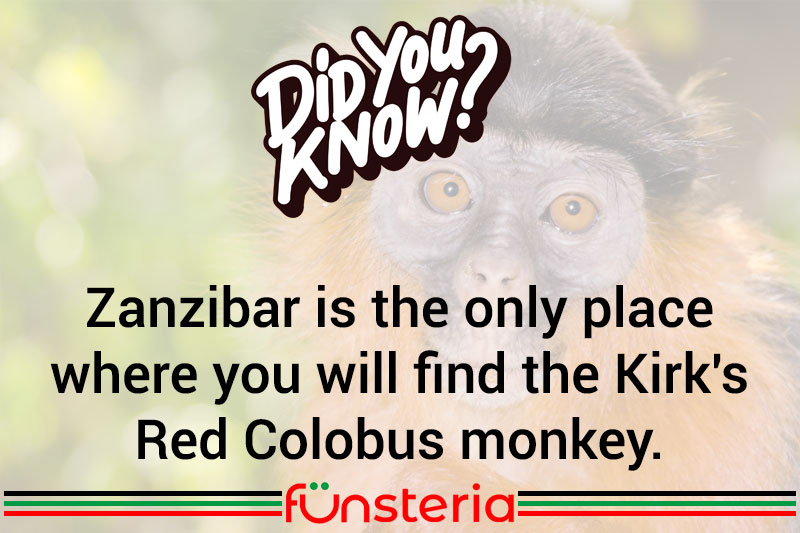 Africa and Asia are home to a family of primates known as Old World monkeys. These unusual treetop swingers, have one predominant feature that sets them apart from New World monkeys, in that they have a tail that is not a working “tool” or feature, and can be used for little more than balancing. There are other structural anomalies as well, including snub noses on some, and in the Kirk’s Colobus monkey, found mainly in Zanzibar, there is only a stub instead of a full, usable thumb.

The Red Colobus of Zanzibar was discovered by Sir John Kirk in 1868. It is a dark red-coated monkey with black stripes along the shoulders and back, and a light colored front. There are pink spots on the nose, and like other Old World species, it has a tail used for balancing.

A group of Colobus can range from 30-50 monkeys that includes 3-4 adult males, some juvenile males, and young ones, but are predominantly female. They even feed as a group on leaves, seeds, flowers and unripe fruit. Having four chambered stomachs, the Colubus is incapable of digesting natural sugars in ripe fruit. In fact, they are also known to eat charcoal, either as a digestive aid for the sugars they do take in, or as an antidote to any toxins in leaves and unripe peals and shoots.