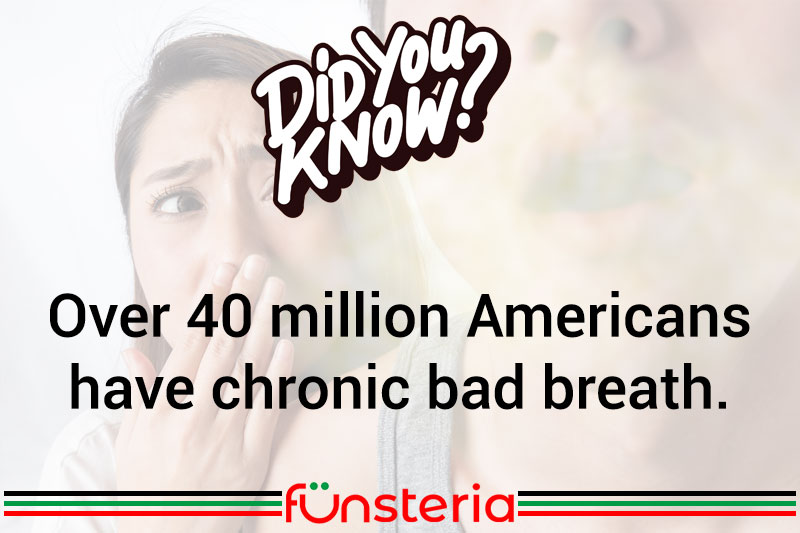 Halitosis is nothing new. Man has suffered from it since the beginning of time, despite the development of such beauty/hygiene products as mouthwashes. While those give temporary relief, at least to the people around you, they don’t really have the ability to cure the problem.

The vast majority of bad breath problems originate in the mouth, and are related to bacteria, as opposed to what you ate last. Conditions such as hunger breath or menstrual breath, are related to chemicals from the pancreas entering the stomach during fasting, and hormonal fluctuations, respectively. Both can be alleviated with mouthwashes temporarily, and in the case of hunger breath, by eating.

Some diseases and conditions of your organs are occasionally responsible for halitosis, including diabetes, which produces a sweet ketone smell; liver failure, which gives off a sweet/musty odor; or kidney failure which can produce an ammonia or urine smell.

By far and large, bad breath is due to the millions of bacteria that live in our mouths, the decaying results of meals, and snacks. Saliva that flows through our mouth during the day, helps to remove some of it, but a great deal remains, which makes flossing and thorough brushing of the teeth imperative, not only for fresh breath, but also dental health. The reason you have “morning breath”, is that during the night your production of saliva is slowed, and the bacteria build up in your mouth. The odor will disappear as soon as you rinse your mouth.

Approximately 65% of Americans are said to have bad breath, with some 40% suffering what qualifies as chronic halitosis. Fighting it off, makes sales of halitosis-related products hit a billion dollars a year.