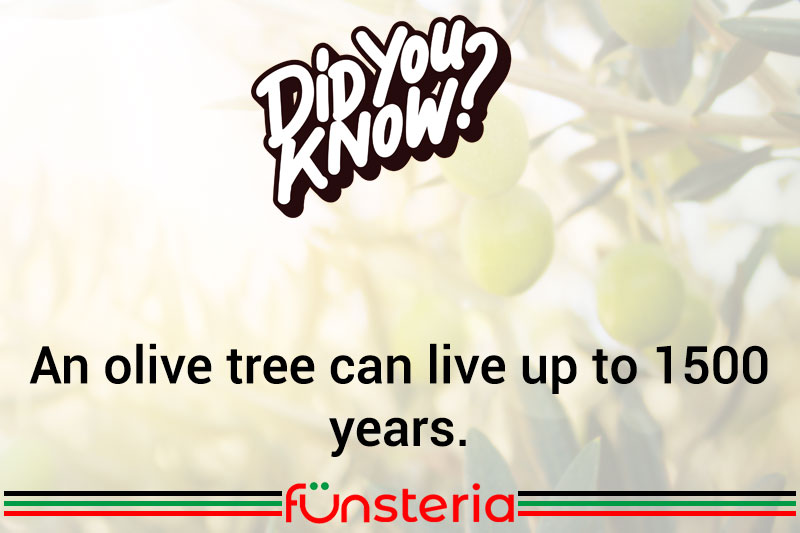 Chances are, if you love olives, some of your ancestors did as well and may even have eaten the fruit of the same trees your olives come from today. That’s because the olive bush/tree is a hardy plant, well-anchored on mountainous territory with little soil in many Mediterranean countries, and a survivor, living an average 500 years, and as long as 1500 in some cases.

Evidence of olive eating and cultivation has been found in numerous archaeological sites. The techniques for treating and eating them have been passed down for generations as the olive right off the tree is a bitter fruit, not really fit for consumption. According to the area where its grown, olives may be treated with lye then packed in brine, or packed directly into dry salt and allowed to ferment for a number of months.

As in days of old, the olive is valued for its oil, with each fruit of the tree containing 20% oil, five calories, and as much as 1/2 gram of fat. Regional preparation also explains the wide variety in appearance of the “cured” olive, and also its taste. Europe still has a stranglehold on the cultivation and supply, while California lagging far behind, with only 10% of Europe’s trees, which produce 5% of the world’s harvest.