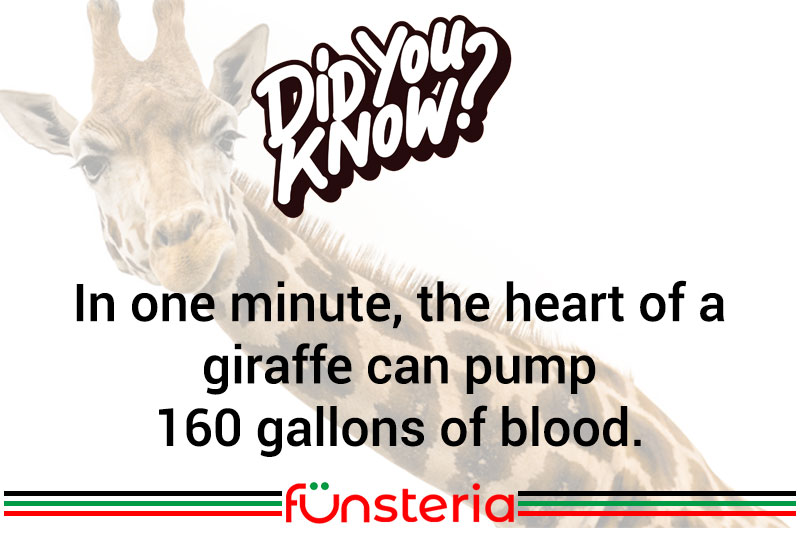 You have to wonder what modern man thought when he first laid eyes on the giraffe. Suddenly, they’re staring at an animal that chews its cud like a cow, has spots like a leopard, and has a body out of proportion to its slender legs and neck. One clue might be found in its Latin name, giraffa camelopardalis. Apparently the Romans boiled the issue down to an animal that was built like a camel and had the coat of a leopard, taking the first part of its name from the Arabic “zirafa”, meaning “tallest of all”.

Little wonder that they can see for miles, with average sizes ranging from 16-18 feet. But given that elongated neck, and distance from the body, one also has to wonder how its vertical height affects such basic biological operations like blood flow.

For one, the giraffe does not normally bend down except to drink. To do that, it must spread its front legs wide to maintain its balance. That’s a long drop however, and it has to affect their blood pressure. So how does it keep from passing out?

Giraffes have an exceptionally large heart to cope with its special needs. The organ, which can weigh up to 25 pounds and be two feet long, pumps as much as 16 gallons of blood every minute. But its arteries are made up of valves and specially adapted elastic or rigid cells, according to where they are located. In the head and neck, they are particularly flexible, allowing for the absorption of the extra fluid caused by lowering their head below their hearts. In the feet and legs, the arteries are more rigid, forcing the blood back up into the body to avoid swollen ankles.