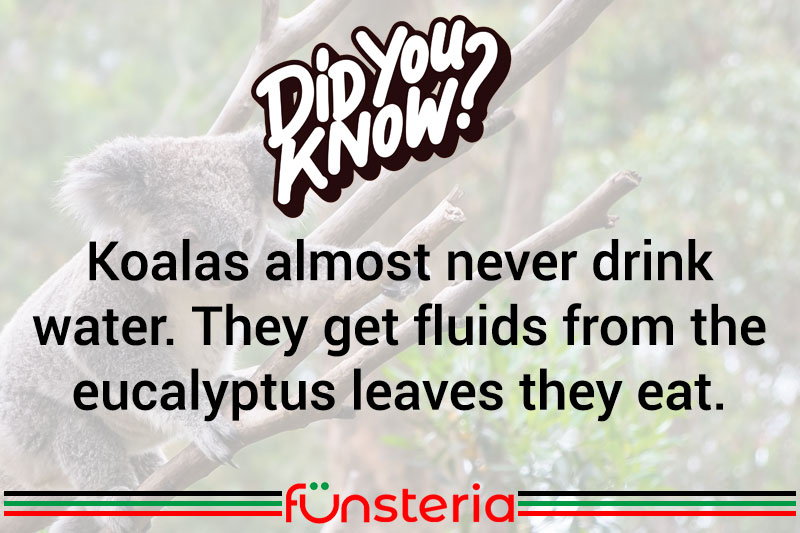 They’re cute and furry, but they’re not bears. The Koala of Australia is a marsupial herbivore, that time and Man have pretty much driven to existing in the trees of a vastly reduced territory along the eastern side of the continent.

This is a far cry from 20 million years ago, when the Koala ranged much of Australia, including the north where the oldest fossils have been found. At that time, much of the continent was covered in rain forests, which meant the Koala dined on a varied diet. But as the Earth cooled, and the choice of available vegetation waned, the marsupial adapted to its circumstances in a number of ways, the most notable of which, was existing almost entirely on the leaves of the eucalyptus tree. When the eucalyptus died out in other regions, so did the Koala.

The eucalyptus is low in protein and nutrients and basically is not an energy-efficient food, which may explain why the Koala spends about 20 hours a day at rest, usually sleeping, then eating up to a pound of leaves, mostly at night. Because their food is in the upper region of the trees, the Koala seldom comes down for any reason, including a drink. That’s due to the fact that the leaves have a high moisture content, almost always sufficient for the animal’s needs.

With the influx of English settlers in the 1800s, the early 20th century saw the slaughter of much of Australia’s population of Koalas, limiting the population to the eastern regions.