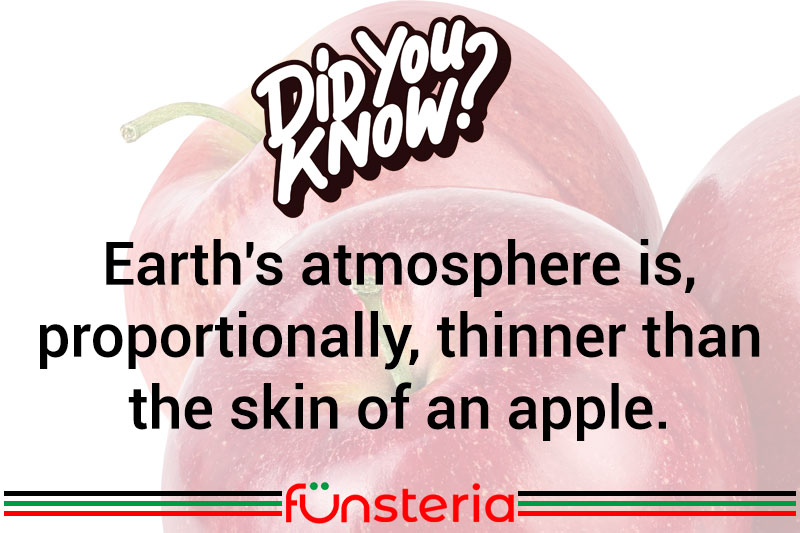 Now that we have gotten the theory of roundness down pat, especially since we can fly off into space and observe our own planet from other planets, the limitations of space seem endless. Which is likely why, when people consider the atmosphere above Earth, they see a layer or buffer that goes on ad finitum.

But there is an end to it, and it’s much closer than you think. Our atmosphere doesn’t have a boundary. You can’t compare it to say, a small balloon inside a larger one. There is no point where you could theoretically step from our atmosphere to the vacuum of space, because the atmosphere thins out gradually into nothing.

When you consider that the radius of the Earth is almost 4,000 miles, the atmosphere that surrounds it can be compared to the thickness of the skin on an apple.