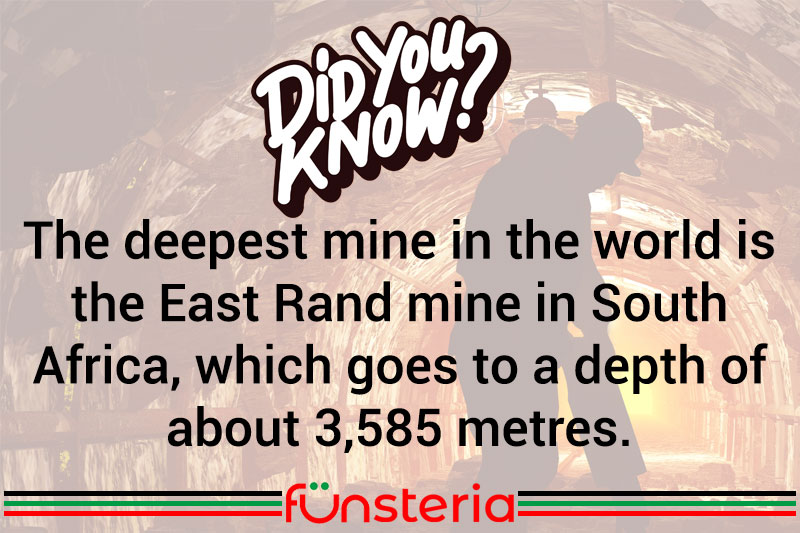 When people talk about deep mines, there are only two kinds to consider: open pit and vertical shaft mines. The latter is the deeper, due to the way they are dug, and the fact that for minerals and gemstones buried that far down, it is impractical to simply tear away all the earth and rock over it.

The deepest mine in the world, as of 2003, was the East Rand mine in South Africa, which goes down 3585 meters, just a hair more than the Western Deep mine, also in South Africa, at 3581 meters.

Mining that deep in the Earth is full of hazards, the first being the weight of rock above you. At 3.5km underground, the pressure is 9500 tons per square meter, which is approximately 900 times normal atmospheric pressure. As more rock is removed in the mining process, this can increase three fold.

Another hazard is the deeper the shaft, the greater the heat, reaching as high as 70 degrees Celsius at 7km down. While cooling equipment allows men to work, when the rock’s temperature is lowered by the equipment, and by removal of the rock face, it causes a phenomenon known as “rock burst”, which is responsible for many of the mine deaths in South Africa.