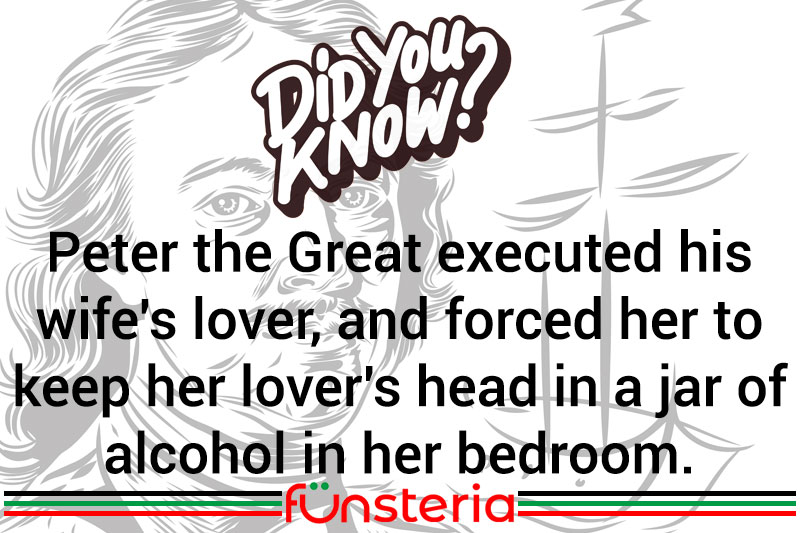 When the Tsar died in 1682, the question of succession came down to the sons of the Tsar’s first wife, and Peter, a son by his second wife. Of the two older brothers, Ivan was feeble minded, and although Fyodor ascended the throne, he died shortly thereafter, leaving Russia in the joint rulership of Peter aged 10, and Ivan, with Peter’s mother as regent. On Ivan’s death, Peter’s sister Sophia mounted a push to take the throne for herself, and the resultant upheaval in Russia, which saw most of Peter’s family slaughtered, is thought to have had an abiding affect on his later penchant for violence. In the end, Peter prevailed and was crowned the Tsar.

Without doubt, Peter was a progressive ruler, seeing Russia’s weaknesses for what they were, and personally going forth to find solutions, including a nearly two year “tour” of Europe, where supposedly incognito, he worked alongside merchants, tradesmen and soldiers to learn where his people should be heading in their own country. He was ruthless in the changes he forced upon Russia, although for the large part, they were for its betterment. But that ruthlessness extended to traitors, dissidents, and even his wife’s chamberlain.

Peter had divorced his first wife, and in 1712 married the woman who would become Catherine the Great. Prior to that, he had set up Anna Mons very handsomely as his mistress, and was reportedly going to marry her, until what appeared to be some misuse of position got her arrested in 1704. She survived the scandal though, as did her brother William who Anna had introduced to Peter. William had been made administrator of Catherine’s estates, and then her personal chamberlain. But scandal would strike once again, and William’s luck ran out. Arrested on “betrayal of trust” in late 1724, Mons was publicly drawn and quartered and then beheaded. The betrayal was said to have been an affair with the Tsarina, Catherine, who was subsequently required to keep the pickled head in her bedroom.