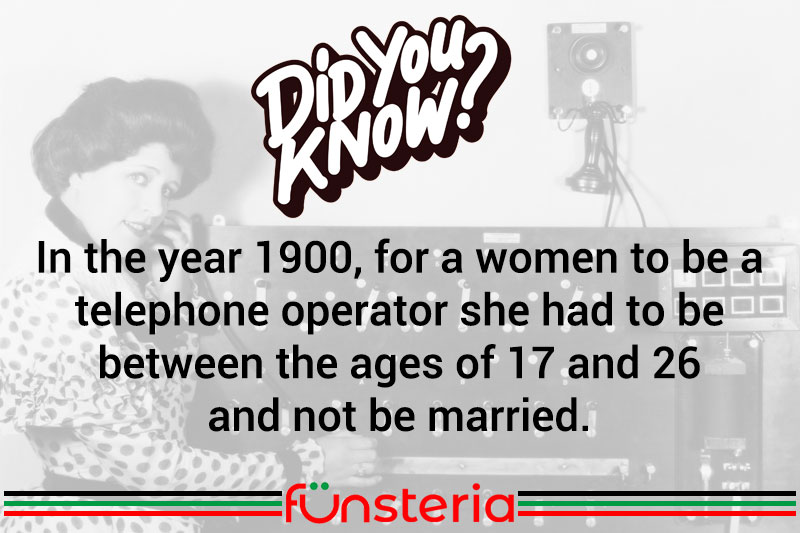 That famous line, for those old enough to remember it, was spoken by “Ernestine” the telephone operator character of Lily Tomlin on the 1960s cult classic television show, Laugh-In. Ernestine was dressed and hair-styled in the mode of the 1940s, but compared to early phone operators, she was a maverick in a profession that was ruled by sexism and rigid rules.

While you may remember the image of a telephone board from a 1940s or 50s movie, they were totally unlike what operators had to use in 1900. The boards back then were tall, having 200 and sometimes more connections, that the operator was expected to be familiar with so she could instantly put the calling party in touch with the person they wanted. In order to qualify for the job, girls had to have long arms, so they could reach the top of the board.

Qualifications in general were rigid, and sexist. Girls had to be between the ages of 17 and 26, and remain unmarried. But then, they didn’t take women of Jewish or African descent, either. Your operator had to be above reproach, since she was privy to the business and conversations of everyone whose calls she connected. But for the most part, they themselves were ignored, treated as an extension of the family servants by rich families and businesses, who at that time, were the only ones that could afford the new service. The pay was a munificent seven dollars a week, small potatoes even in those hard times.