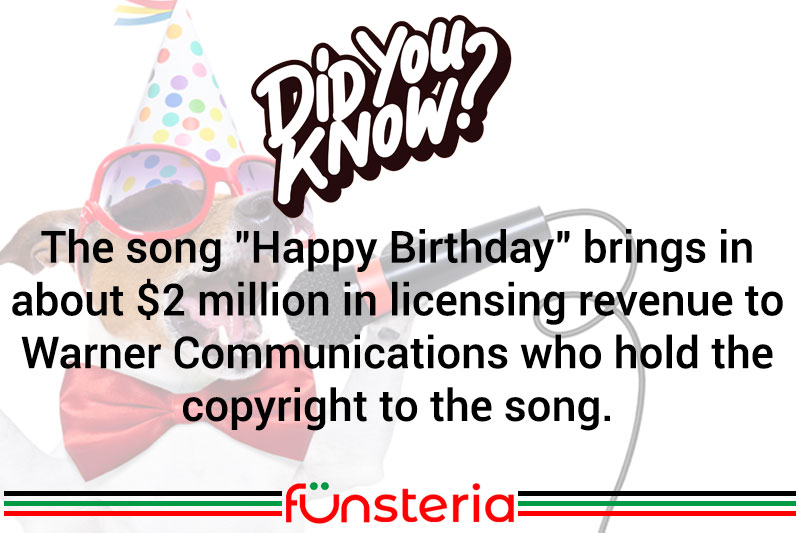 The best known and perhaps most loved song in the English language has to be that six-note, six-word ditty, “Happy Birthday to You”.

It’s been sung everywhere from schoolrooms to palaces. It was Western Union’s first singing telegram in 1933, appeared on Broadway in The Band Wagon in 1931, and the silver screen in As Thousands Cheer. All for “gratis”. But not for long.

The original song was written by Patty Hill, a kindergarten teacher/educator in 1893, as “Good Morning to All”, a greeting for the children in her class. Her sister Mildred Hill, who had started out as a teacher and turned to performing and composing, wrote the music. It then appeared in a songbook for children, and after that, we lose the trail…

Nobody knows at what point, or by who, the lyrics were changed to a birthday greeting. But it appeared as a second stanza to “Good Morning to All” in a 1924 songbook. When it began appearing in commercial ventures such as radio and movies, a third sister, Jessica Hill, went to court to secure the copyright on her sisters’ behalf. (Although Mildred had died in 1916.) By demonstrating the obvious similarities between “Good Morning To All” (for which the Hills owned the copyright), Jessica then obtained the rights to “Happy Birthday”.

The Hill sisters both died unmarried and childless, and it’s believed the profits are split between the Hill Foundation, and a nephew.