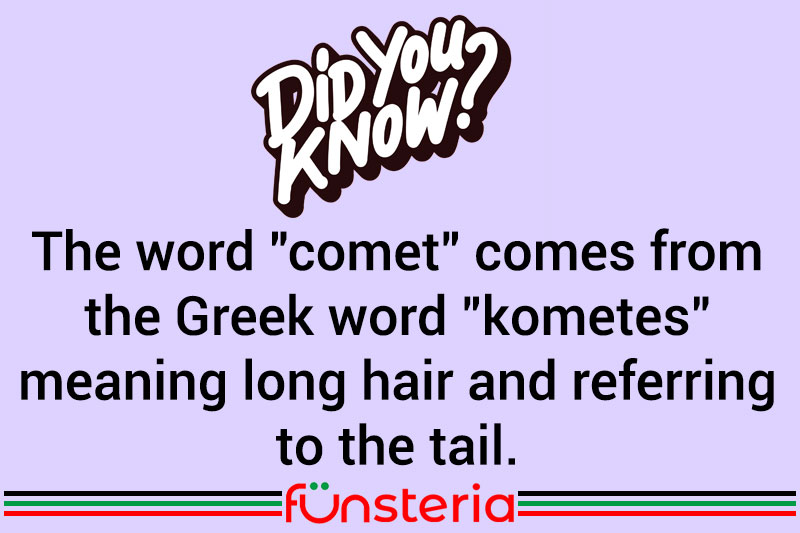 Since the dawn of time, comets have cause more confusion, speculation, and downright terror, than perhaps any other natural phenomenon. In the days before “civilization”, it is theorized that a major comet impact on Earth, caused the environmental changes that resulted in the death of the dinosaurs.

Later on, the sighting of a comet would throw early Man into a tizzy of fear, since having discovered fire on Earth, they hardly expected to see it in the skies. But see it they did, over and over. Perhaps the most famous flaming celestial body of all, is Haley’s Comet, first reported to have been seen in 240B.C. This date appears to be off somewhat, since it is known that the comet appears in a 75-year cycle, and if you date back from its last sighting in 1985, that means its appearance around that time period was actually 265B.C. The fiery trail streaking across the sky was reminiscent of flowing hair, and so the Greeks named these bodies “kometes”, or comets.

It has even been speculated that Haley’s Comet was actually the Star of Bethlehem. The arguments against that are that Biblical mentions of the star do not include movement, or the flaming tail. However, in its cycle appearance, Haley’s would not have flamed over the Earth, until approximately 40A.D. if you rely on mathematical calculations, or at the very least 6A.D., if you go by reported sightings. The Gregorian calendar complicates the matter further by placing the birth of Christ in 4A.D. while modern scholars hold that is was 1 A.D. Which means whatever shone down that night, was some other heavenly illumination.