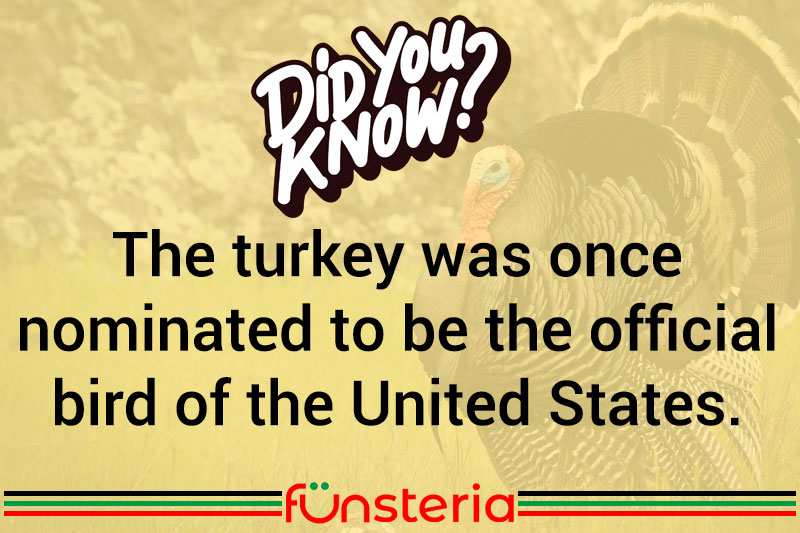 When the first Thanksgiving was celebrated between the Pilgrims and the Indians, it must have been a very large bird, because the party lasted three days! But turkeys were a natural choice for the “dish du jour”, because they were a North American species that had been around for some 10 million- years.

Oddly enough, the Apache Indians would not eat the turkey nor use its feathers on arrows or clothing, because as a timid bird, they considered it unworthy of a warrior’s use. And that first, fabulous Thanksgiving was a one-time event. It would not become an annual celebration until the latter 1800s, when Abraham Lincoln was petitioned to make it a national day of prayer and “thanksgiving”.

In between those two events, history missed out on a momentous chance to immortalize the turkey by making it the national American bird, a proposal put forth by none other than Benjamin Franklin. Apparently the turkey was not stately enough, and lost out to the eagle.

Still, it has become an American holiday meal tradition with 90% of families dining on turkey for Thanksgiving, although only 50% indulge for Christmas. Sales figures and estimates state that some 45 million birds weighing 525 million pounds, are cooked for the November gathering.

That “guess-timate”, might be a little heavier, if they all took after the largest known turkey, an 86-pound whopper, the size of a large dog, which was bred in England.