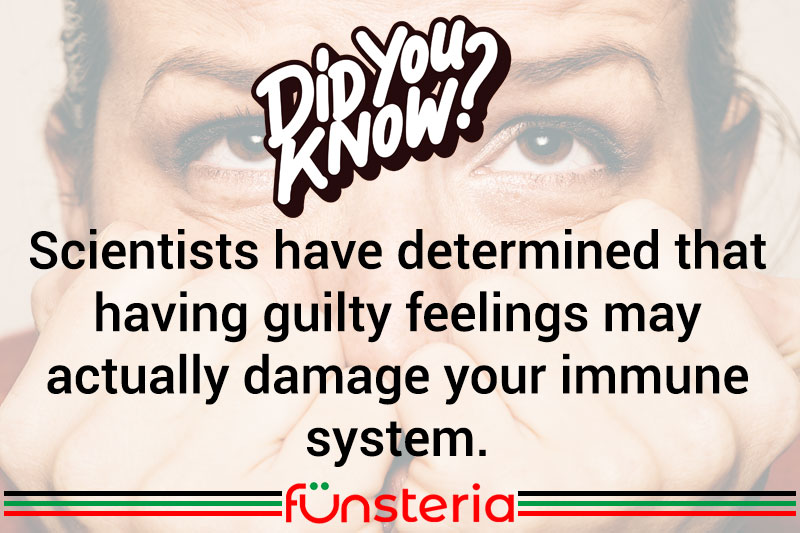 Having an over-developed sense of guilt, could be, if not the death of you, at least damaging to your health. This was the conclusion of researchers at a British University, who in 2000, surveyed 30 students, and asked them to list the things that gave them pleasure, and rate that pleasure along with the guilt level associated with each one. Ratings were to range from 1-10.

Scientists then tested the saliva of all 30 students, for the presence of immunoglobulin A, which is an antibody that constitutes the human body’s first defense against infection.

Those students who had consistently high guilt ratings, had the lowest levels of the antibody, a result that prompted the research team to conclude that continuous feelings of guilt would over time, suppress the body’s immune system.

Activities listed as causing the most guilt reactions, included sleeping in late, eating chocolate, smoking and drinking alcohol. Surprisingly, while sex had a 9 average rating for pleasure, it earned only a 1.6 guilt average. Reading a book consistently rated high for pleasure, with no feelings of guilt.

The most interesting result, was in the activity that rated a ten for guilt, and only a 7 for pleasure. It was watching a well-known soap opera.