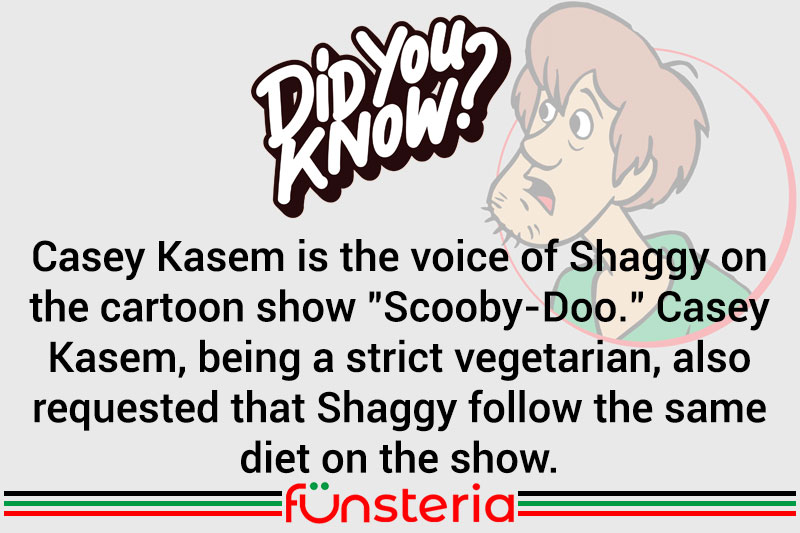 Dogs have the reputation of chewing almost anything, but preferably your shoes, the kids’ homework, or when desperate- a bone. But a veggie burger? That’s what famed canine comic Scooby-Doo was reduced to – well, almost – in the 1980s.

The Scooby Doo cartoon show, was first aired in 1969, and while the original idea was to center action and the title around a team of four teen-aged “investigators”, it soon became clear that the dog with the speech impediment, was going to be the star.

That was fine with the creators, and they went on to great success for the next 31 years. It became a running source of arguments, whether Scooby-Doo or Bugs Bunny owned bragging rights to the longest running cartoon show. The rabbit hit the airwaves in 1962, seven years before the dog’s debut. But then he went into endless re-runs that continue to this day. Scooby-Doo wasn’t any better, because through the next three decades, episodes would be renamed and re-broadcast, but in effect, were also re-runs. The fact that Bugs is still around, weighs the argument heavily in his favor.

But the two characters had one similarity…at least for a while. They were vegetarians. While that kind of diet wasn’t natural to a dog, it was to longtime disc jockey/host Casey Kasem, who was the voice of Shaggy, for over twenty years. Kasem became a vegetarian in the early 1980s, and producers obligingly changed the type of goodies that Scrappy and Shaggy fought over, to be non-meat items like pizza, fries, cake, etc.

Alas, in a revival of the cartoon team for feature movies, Warner Bros. were not so accommodating, requiring dietary changes that caused Kasem to give up his “role”.