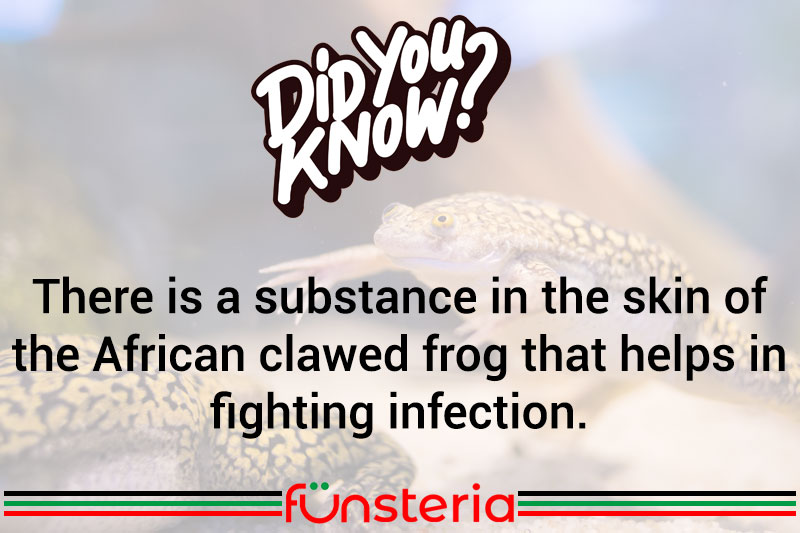 There’s a saying that girls have to kiss a lot of frogs to find a prince, but it’s highly unlikely they’re going to want to kiss this frog. The Xenopus Laevis, or literally “odd footed” frog, is the only frog in the world that comes with “hands”, instead of webbed feet.

The African Clawed frog has four “fingers” or claws on the front feet, making it easy to grab and dismember prey, while their back feet have five long, webbed toes with dark claws on the outer three toes.

A handsome fellow, the African Clawed has no tongue, no teeth, no eyelids and no external eardrums. So how on Earth, did they become so popular with hobbyists?

In one of the more bizarre scientific experiments ever carried out, it was discovered that the female frog began laying eggs when injected with the urine of a pregnant woman. Frogs were soon being imported to the U.S. by the thousands, and domestic laboratory colonies were soon set up. The Clawed frog is a reproductive wonder itself, laying as many as 27,000 eggs at a setting, and doing this up to three times a year in optimum conditions.

With the plentitude of frogs, they became an object of curiosity, and then part of the pet hobby. The discovery of new pregnancy diagnosing technology in the 50s and 60s left the frogs without jobs, and they made their way into pet shops, homes, and the wild, either through escape or intentional release, establishing feral populations in 11 states.

While the frog is almost entirely a water-bound amphibian, which must have access to air, it is highly adaptable to regional conditions, lives on a varied diet, and also produces a substance from its skin that is antibacterial, anti-fungal, and antiseptic, preventing infections and ensuring its own health. For that reason, it has remained a research tool for scientists in the field of microbiology.