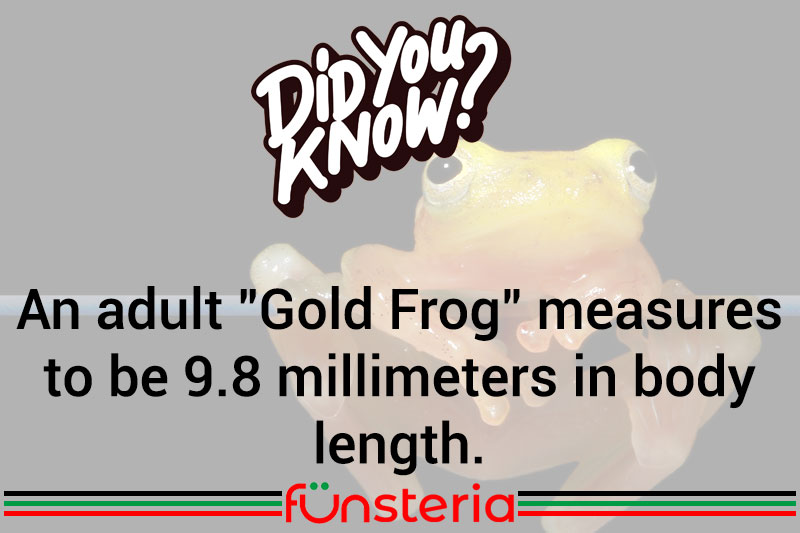 They may not all be princes, but frogs can be downright interesting, once you stop thinking of their legs as an entrée, and look at some of their more unique features and habits.

Not all frogs are created equal, in size or in “extras”. The biggest frogs in the world, are the Conraua of South Africa, which weigh in at about six pounds, with a body that is a foot long. On the other webbed hand, the smallest frogs will only take up about 3/8 of an inch, and their weight would be almost nil. There are several tiny species, including the Gold Frog from Brazil and the Eleutherodactylus Iberia of Cuba, so recently discovered, it doesn’t yet have a common name.

Big or small, they share one of the four types of pupils common to frogs: round, much like humans; vertical, similar to a cat and good for night vision or sudden changes in light levels; horizontal-shaped, which function best in daytime; and heart-shaped, with no known benefits, but they look really cool on oriental fire-bellied toads.

Their reproductive habits aren’t just your plain old clutch of jelly-like eggs in a pond, either. The Surinam toad mates in the water, and when the female releases her eggs, the male fertilizes them then sticks them on her back, where a skin will grow over the clutch, enclosing them for 80 days until they hatch. Which is easier to stomach than the Gastric Brooding Frog’s practice of incubating their young in their stomachs, until they grow past the tadpole stage. Hormones secreted by the young, suppress the gastric acids. Sadly, these frogs, which only appeared in Australia in the 1870s and 80s, are thought to be extinct, since none have been found in almost 20 years.