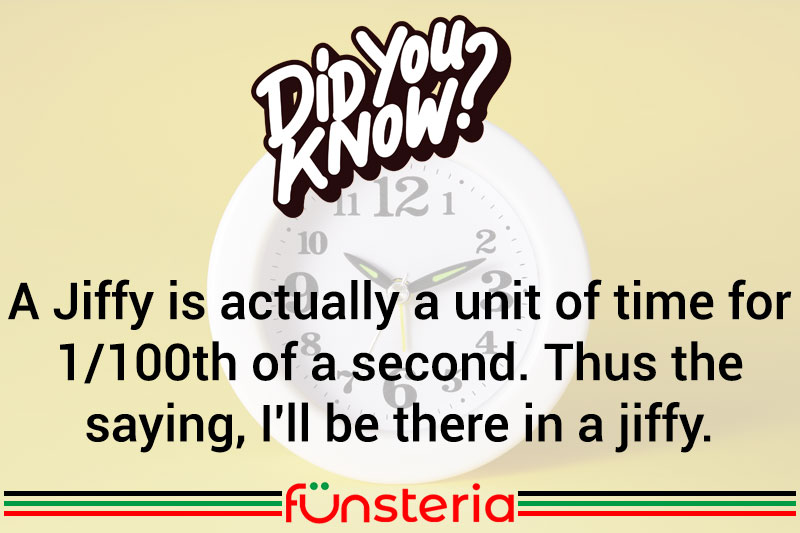 A lot of the lexicon and sayings in modern day conversation have cultural and even historical origins. And then there are those that are nowhere near as fascinating. In fact, their prosaic basis would be quite dull if it weren’t for the occasional quirky argument over who started using an expression…and even why.

Take the word “jiffy” as an example. When someone says they’ll be there in a jiffy, just how fast are they going to move?

The word came to us with the computer age. “Jiffy” was first defined as the space it takes the computer’s system clock to tick, once. That’s not a clock as in what is on our wall, marking off one second at a time, then a minute, an hour, etc. The ticks are how the internal system of the computer synchronizes the components and programs to work in cooperation at the proper speed. In North America, this equates to 1/60th of a second, but more recently has come to be measured as 1/100th of a second.

Even more confusing, some wags decided it should be defined as a millisecond of wall time, or what we measure on a clock. So it became 1/1000th of a real second.

Just to make life difficult, physicists like to say that a jiffy is the amount of time it takes light to travel one foot inside a vacuum. This amounts to a nanosecond. Which is one-billionth of a wall clock second.