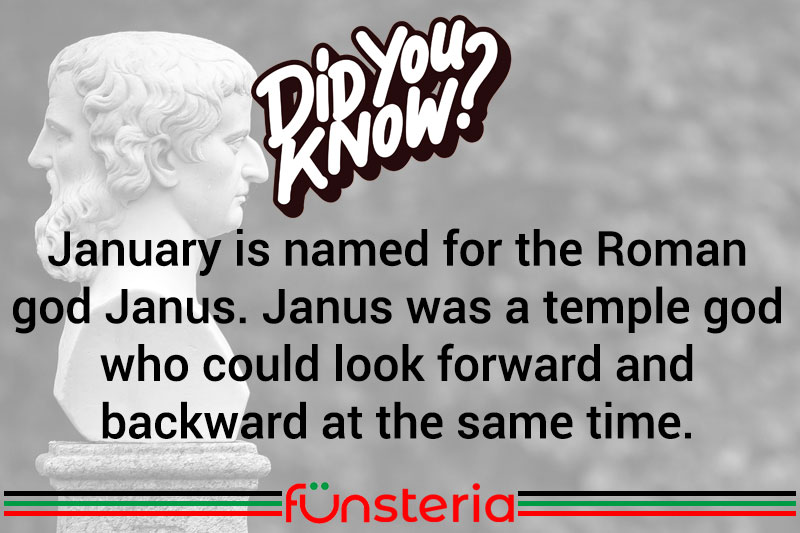 If there is one thing that has been tampered with time after time in human history, it is…time. Or more accurately, calendars, and how we mark the passage of time.

In more primitive societies, the cycle of life (because they had no concept of “year”) was bases on seasons, whether that brought snow, or simply the rains that signaled the beginning of a new growing season. Thus, the “new year” in ancient cultures, was generally celebrated at some time corresponding with the Spring.

Leave it to the Romans to re-arrange things, and produce the Julian calendar, courtesy of Julius Caesar, for whom it is named. Caesar broke the year down into 12 sections, to be known as months, and then named them after various gods. The first month of the year, he called January, for the god Janus.

Janus was a singularly odd fellow, having two faces. Not two heads, just the faces, which are sometimes portrayed as one clean-shaven, and one bearded. It is said that because of his unique features, Janus could look forward and backward at the same time. His name was feted on occasions of change or transition, such as the coming of age of young men, marriages, harvests, etc.

He was worshipped as the god having domain over gates and doorways, and as such was chosen by Caesar to represent the first of the months, when the door would be closed on the old, and opened on the new year.