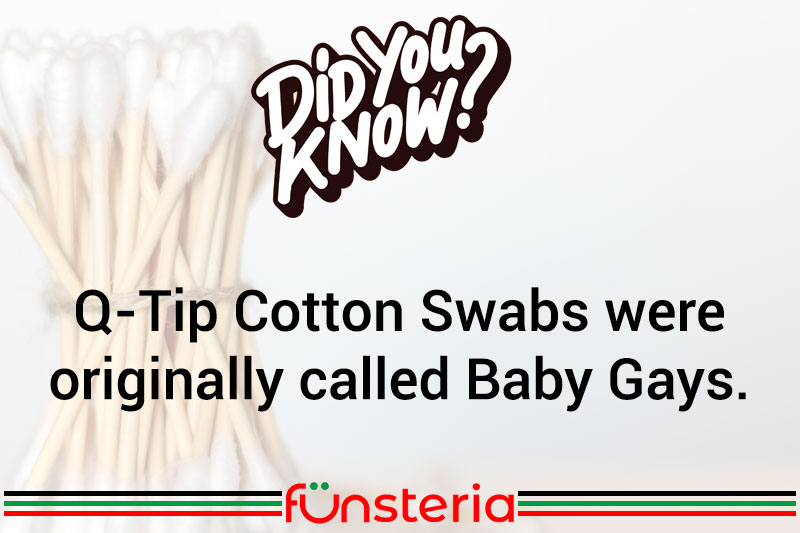 You know how your mother, your doctor, your grandmother, etc. etc. harangued you not to put anything smaller than your elbow in your ear? Well, don’t. It’s not safe. Neither was what Leo Gerstenzang’s wife was doing.

Back in the 1920s, the Polish-born American watched his wife winding bits of a cotton ball around the end of a toothpick to clean their baby’s ears. And he thought “that’s smaller than my elbow. I must find something better.” Okay, so it’s not a direct quote, but his mind was working along those lines.

A solution for his baby, would be a solution for all children. So Gerstenzang formed the Leo Gerstenzang Infant Novelty Company and began figuring out how to make a sanitary product that the cotton would stay on, and not be left behind in baby’s personal spaces.

In the end, he came up with a machine that wound cotton evenly around the ends of a slim birch stick (later replaced by white cardboard). The machine also sterilized his product, and then packaged them in the standard sliding box, so that they could be advertised as untouched by human hands.

And he named his product “Baby Gays”. For some reason, that name never caught on, and in 1926, it was changed to Q-Tips, with the “Q” standing for “quality”.