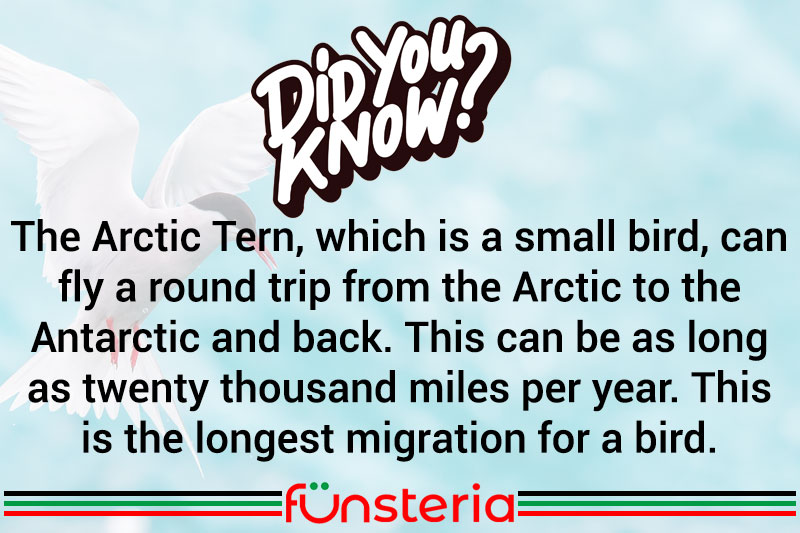 When it comes to griping about the seasons, man could take a lesson from birds, and simply go with the flow of warmth, and head south. After all, they’ve been doing it for thousands of years, and it seems to work for them.

Birds migrate for two basic reasons: warmth and food. Which means that 520 of the 650 species of birds that nest in the U.S. fly elsewhere for the winter, because not only is the cold uncomfortable, it also means limited food supplies when it comes to insects, fruits, seeds, etc. But not all birds fly south.

For feathered denizens of the Arctic, the 24-hour days near the Arctic Circle are a bonanza for feeding, and more hospitable to the breeding season, so they actually fly North.

Many species will accumulate a fat store before taking off for their winter quarters, while others will go hungry until they reach their destination, and some will stop to snack along the way. During the trip to winter destinations, birds of various species can be found at altitudes as high as 29,000 feet, such as the bar-headed geese sighted over the Himalayan Mountains. Several species are known to cruise at 20,000 feet, on a regular basis, primarily to reach the best conditions to aid flight, e.g. tailwinds to carry them along at higher altitudes, or lower altitudes to avoid wasting energy while fighting headwinds.

The record holder for migration, is the Arctic Tern, which in a year, makes the round trip all the way from the Arctic Circle to the Antarctic and back again for a circuit of over 21,000 miles, roughly the circumference of the Earth. Given their speed and rate of travel, it’s estimated that they spend most of their life, which can be as long as twenty years, in the air.