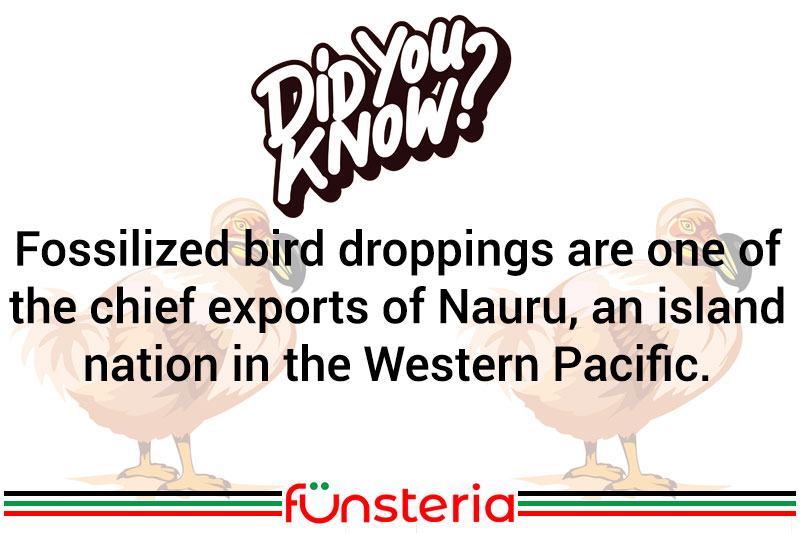 Okay, so maybe it’s not all Do-Do doo-doo. And maybe some of it is from a marine origin, but the plain truth is, the Republic island of Nauru is running out of their chief product, which is fossilized feces of birds and sea creatures. The native population has been exporting thousands of tons of the phosphate rich material for decades. While a global agricultural product, much of what Nauru “mined”, was sold to Australia.

The original population was Melanesian and Polynesian, with the odd European staying over once visitors began landing there in 1798. It would remain a separate sovereign state until 1888 when it was seized by the Germans, who began digging out the phosphate in 1905. After WWI, the island became a United Nations protectorate, achieving independence in 1968.

Since then they have struggled to move beyond the main source of income. Land and other possessions in Australia were conceded to pay off an international debt. Today, the island serves as a detention center for those seeking asylum in Australia.