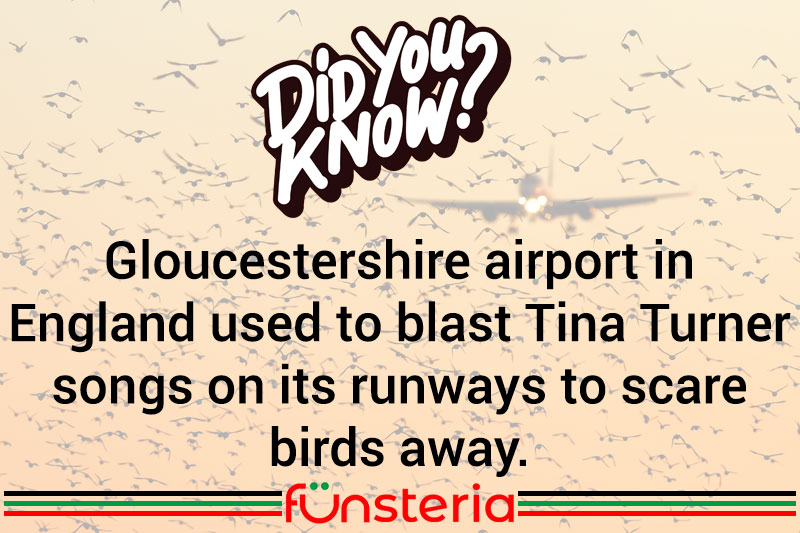 All it takes is a single bird to knock a plane out of the air. And when they encounter flocks of birds on the wing, those meetings can be fatal, as in the 1995 collision between 30 geese and a jet at the Elmendorf Air Force Base in Anchorage, Alaska, where all 24 people aboard, were killed.

That kind of accident isn’t a recent development, either. The first man to cross America in an airplane, Calbraith Rodgers, was killed in a bird/plane collision in 1912. But with the boom in population, and the need to get there faster, air travel has grown by leaps and bounds, and so has the bird problem.

So serious is the matter taken, that NASA keeps a special, high-powered gun that fires dead birds at the windshields of new planes, to test their durability in the face of feathered threats.

In the last decade of the 1900s, the Federal Aviation Commission estimated that bird collisions in-air or on the ground caused $48 million dollars in damage. In fact, by 1997, figures showed that incidents of bird/plane accidents had soared to more than 2,800 annually, an increase of 50% over 1990 figures.

Why are birds a problem? For one, airports tend to be built in areas distant from “civilization”, because of the noise factor. This means there is usually grass if not marshland, and natural insect life to feed on. Coastal airports being near the water, attract sea birds, as well.

In an attempt to solve the problem, airports have shot birds, poisoned them, set off firecrackers, and installed loud sirens. Some even resorted to dog patrols that would go out twice daily, and harass the avian population. All of these have had limited success.

On the other hand, the airport at Gloucestershire, England, came up with a solution that drove the doves (and everything else) away. They replaced their recordings of bird distress calls, with some by Tina Turner – played at top volume.