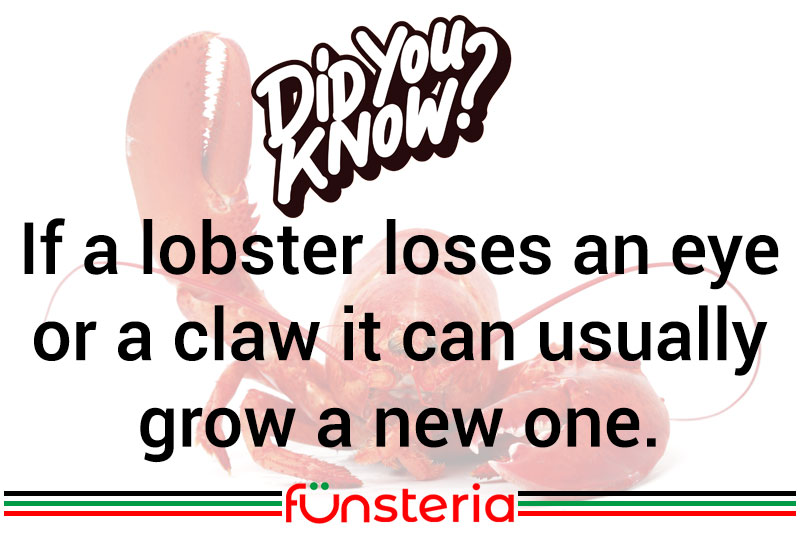 Lobsters are one of the most popular seafoods served in restaurants. But how much do people know about the victim they point at in the tank?

Fresh caught lobster can be bought at markets or off the dock, but many people don’t like to cook them at home, because of the old tale that the lobster “screams” when stuck in boiling water. In fact, the lobster has no vocal cords to make noise, and they are lowered into the water head first to kill them quickly. They actually don’t have a central nervous system, which in effect, is the brain. So there is no pain reflex such as humans have.

If lobsters felt pain that acutely, they would hardly amputate or spontaneously drop their claws, both of which have been observed by researchers. While being caught in a trap may cause them to break off one claw, they have also been taken from traps, holding one of their own claws, in the other one! Scientists have no idea why, unless it is caused by disorientation and confusion, which is what occasionally leads to cannibalism in tanks of lobsters. The good news is, that a claw, antennae or leg lost at sea, is re-grown.

Lobsters have two kinds of claws, one with teeth for trapping prey, and the other for tearing it apart. They will eat a variety of smaller crustaceans or plankton, and are attracted by bait that has a strong odor, such as fish left out to “ripen”. Beware those claws though, because they have been known to amputate a human finger.