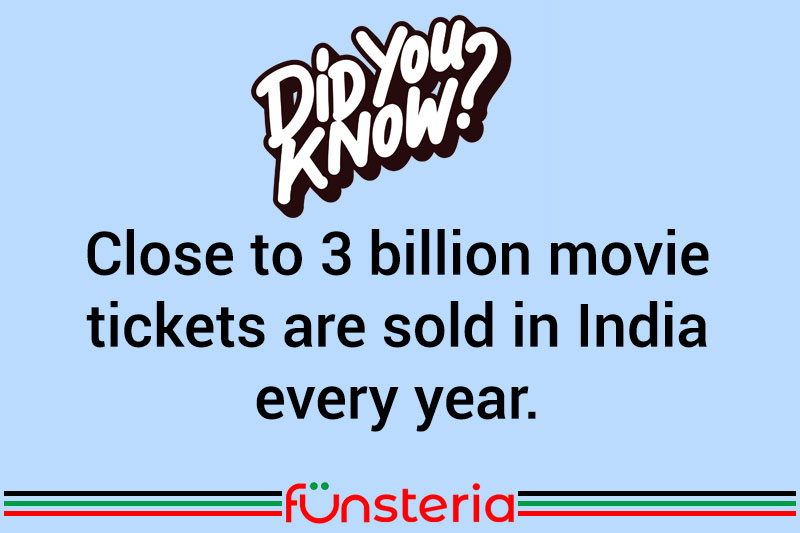 Hollywood is often viewed as the cradle of the film industry, cranking out feature films left and right. And with worldwide distribution, you’d expect that the movie industry in America would also be the biggest in the world. After all, there’s a cinema almost everywhere you turn these days, with mega-movie malls that have half a dozen theaters running different movies at the same time. But America is only second, and not even a close one at that.

India, a country nicknamed Bollywood for the explosion of films made there, sells an unbelievable three billion movie tickets a year. That’s nearly three tickets for every man, woman and child in the entire country. The U.S. lags way behind with only half that number of sales, or one ticket for every two Americans.

While China is the most populous country in the world, it is still under strict censorship when it comes to many things from outside their borders, including the potentially subversive plots of books, movies, and the lyrics of foreign songs. It ranks only seventh in world movie ticket sales with a paltry 140 million.

India ranks second in population, but they do love their movies, which puts them at the head of the line when a new movie opens. Which begs the question… how are popcorn sales?