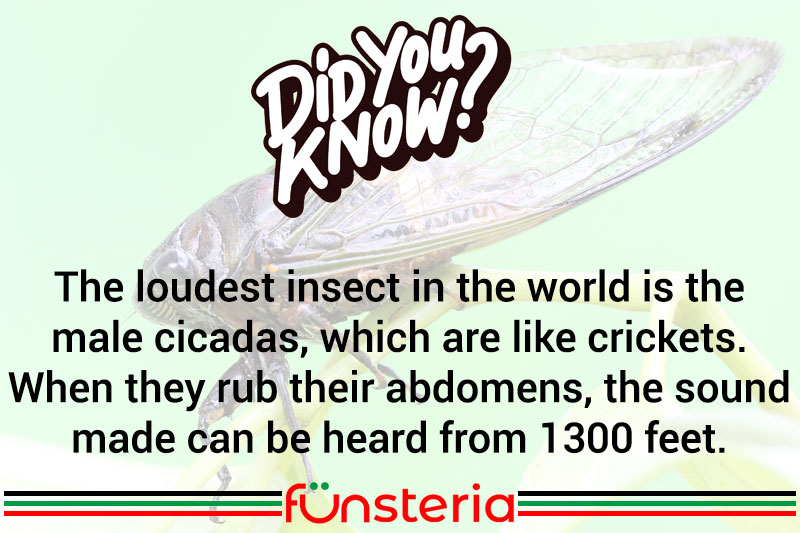 What has two pairs of wings, six segments to their abdomen, three eyes and a three-jointed beak? Oh, and it can be heard 1/4 of a mile away when calling their ladylove.

It’s the “common” cicada, which has a drum-like covering on its stomach, that vibrates to make the noise that attracts females. The “drumming” as it’s called, varies in tone and intensity, according to the temperature, and time of day. If the temperature drops too low, the cicada is stuck where they are, with a system too sluggish to fly. On the other hand, they are free flying in temperatures as high as 115F.

North America boasts 100 of the 1500 known species worldwide. The males perch in treetops over the summer, or June to September, and produce various clicks, buzzes and drummings, to attract mates. Females will lay their eggs in the splits along a branch (which damages many bushes and plants), and when the young hatch, the larvae drop off and burrow into the ground for various periods.

In one of those odd quirks of nature, the cicada comes in various “time periods”, or life cycles. Some will stay underground for only a year, while the species that stays dormant for 17 years, is believed to be the longest living insect in the world, next to female termites.