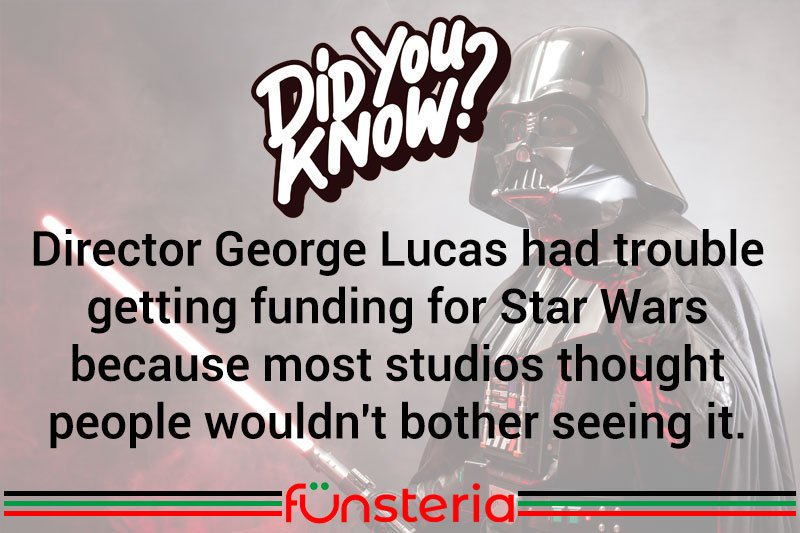 Star Wars the movie was a long time in the making, starting with the first words set to paper by George Lucas in 1974. But despite his fund of ideas, the movie was short on the green kind of funds to get it made. For some strange reason, the plot, characters and just the general concept didn’t seem to appeal to anyone but Lucas. Most studios didn’t think anyone would bother seeing it, and consequently he was turned down by Universal and United Artists before the struggling 20th Century Fox took one last leap into the big pond. It would prove to be a venture that saved them from bankruptcy. Even as they neared the release date, 20th Century got nervous and was about to put their interest in the film on the auction block, but early feedback from test screenings, convinced them to hold off.

They weren’t the only ones to underestimate the success of what would become one of the most popular movie series in history. Kenner Toys, who had taken up the merchandising option just before the movie’s release, was so convinced it would be a dismal venture, that they were wholly unprepared for the massive flood of requests for their action figures that Christmas. That was the year of the “empty box” campaign, which sold the figure boxes with a note/coupon that could be redeemed when production was ramped up to fill the back orders. So great was the demand, that the boxes sold at Christmas, would not be able to redeem their coupons until the following March.