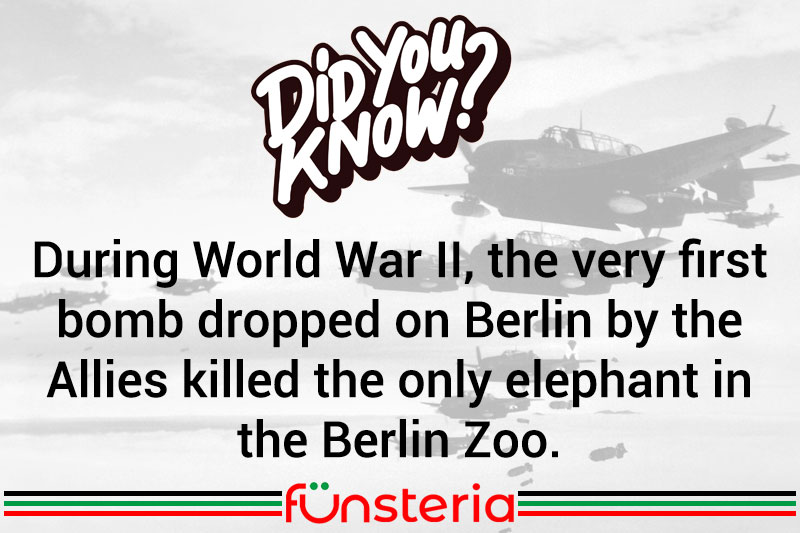 There are a lot of odds and ends left around after a war…burned out craft, broken down tanks, hundreds of thousands of weapons, and in the case of WWII, bombs. All kinds of bombs. And in the most unlikely places.

In June of 2003, construction workers digging at a site in Singapore, uncovered 200 unexploded bombs from WWII. Because of the danger, experts were brought in to disarm them and search for any others that might be still underground. In the end, they turned up a total of 830.

Not long before that, in May of 2003, six bombs and two mortar shells were found buried underneath the stage that had been built in Bosnia, for Pope John Paul II to celebrate mass from. During the war, German troops had used the grounds of Banja Luka’s Patricevac monastery to store ammunition, which was abandoned, when they pulled out of the city.

There was no kick-off at the construction site of Munich’s new soccer stadium in March of 2004. Construction workers unearthed two grenade-style bombs from the Second World War. Experts were called in, and they were detonated in a controlled explosion.

Even “dummy” bombs got dumped. In November of 2001, residents of Arlington, Texas, whose homes were built on the former Five Points Outlying Field belonging to the Navy, were horrified when construction for a new subdivision uncovered “practice” bombs that were corroded but intact. Army officials stated that all they contained was phosphorous which would cause nothing worse than skin burns.

And while a lot of bombs found their targets, some were really off base. The first bomb dropped on Berlin, killed the only elephant in its zoo.