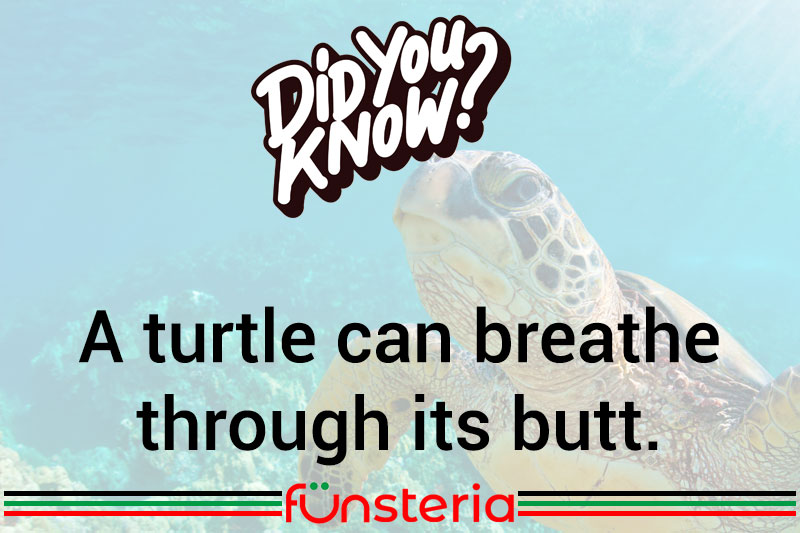 Never tell a turtle to do that, because they might just surprise you. Not only do they have that peculiar talent, they can also suck it in. “It” being water and air. Yes, as bizarre as it sounds, some turtles can actually breathe through their butts.

Structurally speaking, turtles are a bit of a different thing altogether. First of all, they have an exo-skeleton, their ribs and spine basically being fused into the carapace (back) and plastron (stomach) plates of their shell. Most species have a flexible neck that is able to “kink” in a manner that allows it to be withdrawn into the shell when threatened, although some varieties are only able to turn their necks to the side and under the shell’s edge.

Turtles have amazing anaerobic capabilities, which allow them to survive on very little oxygen for prolonged periods of time. Like most animals/reptiles, they do have lungs which take in air through the mouth and nose. But in a few species, there is a pair of sacs, or bursae that are connected to the internal portion of the cloacal opening, a single exit that acts as both the port for sexual reproduction and digestive system elimination.

The Fitzroy River turtle is one of the select few who can stay underwater, inhale water through the cloacal opening, and extract oxygen for its system. They also can breathe that way on land.