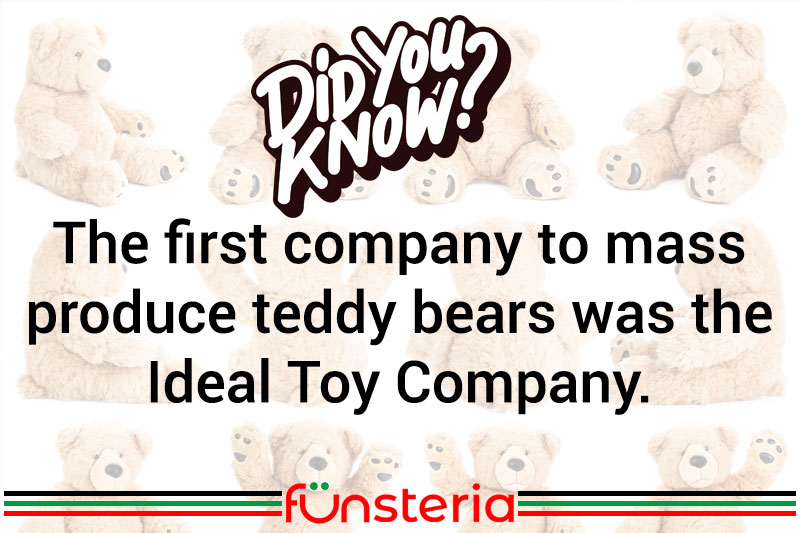 If it weren’t for Theodore Roosevelt, would children be cuddling plain old bears, with mean snarls? Not very likely! For it was their particular charm that captured the hearts of American children and their parents, and turned the teddy bear into a national and worldwide institution. But their popularity, wasn’t solely of American origin.

On this side of the Atlantic, President Theodore Roosevelt was invited to go bear hunting while on a political visit to Mississippi. When no wild game threw itself in front of the president, someone went and captured a bear, and held it on the rope, inviting Roosevelt to take a shot. The president was appalled, and refused. The event was memorialized in a 1902 cartoon strip that played off the theme of “drawing the line”, which was his purpose in Mississippi: settling a border issue.

Morris and Rose Michtom of New York, were so inspired by the cartoon, featuring a sweet-looking bear cub, that they created a stuffed replica, and placed it in the window of their candy and stationery store, to honor the president. Unlike previous stuffed animal toys, this was less “realistic”, and more appealing to the softer side of consumers. So great was the demand for what they had named “Teddy’s Bear”, that they enlisted the Butler Bros. Wholesale firm, to help them start the first commercial bear manufacturer, the Ideal Toy Company.

In one of those odd coincidences that just happen, Richard Steiff, was sketching bear cubs at the zoo, and using the images to create a stuffed toy bear at his aunt’s factory in Germany. While they didn’t garner much interest at the 1903 Leipzig Toy Fair (they were more on the “realistic” side), a visiting American seized his chance to capitalize on the American craze and ordered 3,000 of them. The Steiff bear was called Baer-55PB. Not nearly as entrancing as the “Teddy bear”, a name they adopted as the stuffed toy boom grew.